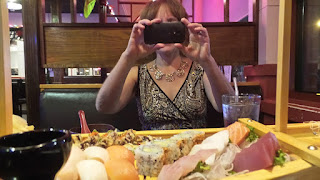 Thursday was Howard's and my anniversary. We have been married 15 years!


I think the first year I had this Web log going it was only five years. We went to Fanny's that year. Haha, I laugh reading back on that. Fanny's was where we met. That was 2009.

The year after that, 2010, we went to an Asian restaurant called Orchid, because Fanny's had closed.

That was the year Howard showed his aplomb with chopsticks. 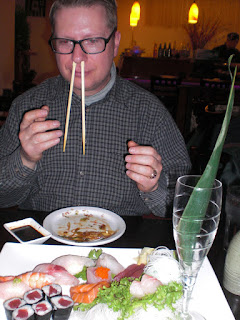 In 2012 it seems we celebrated at home. Howard brought me roses and we had lobster from Wegman's.

In 2013 our anniversary coincided with this terrible snowstorm. Haha, I remember that snowstorm. I was just thinking about it the other day, because it was my worst drive home from work ever. I had forgotten it was our anniversary.

But it did! And after St. Christopher got me home in one piece we went to Tokyo II.

That was where we went on Thursday. It is hard to beat a Japanese restaurant. The yelling, the screaming of the birthday parties. The 18th century headdress they put on the birthday girl. The booze they spray into the mouths of the people gathered around the table. These birthday parties are always going on and it is so funny and so much fun. 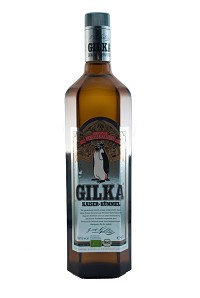 Howard took the picture of me at the top of the post. That is me with the Love Boat! That is what we always order.

Back home, Howard had special ordered a bottle of German caraway liqueur. It is called Kaiser Kummel. That name would make sense to anyone in Buffalo because we are used to Kaiser rolls and Kummelweck. Kummel is caraway!

I tried it without looking at the label. I sipped slowly and then I said: "That is caraway."

One of my favorite things.

I wonder what the next 15 years will bring. I do not know but I believe I know one thing.

It will be good!