The People You Meet At Lounge Academy 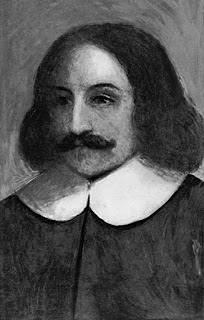 Being on Keto means that at Lounge Academy I no longer drink wine.
The bartenders at the Statler Lobby Bar who are wonderful make me a vodka and soda. I did not know how to describe what I wanted because I did not know what I wanted. But they assessed the situation and they came up with this lovely summery lemon vodka soda. It comes with a lot of ice and I let the ice melt and I end up with this drink I can sip on forever. Kind of watery once the ice melts, but tasty.
There is this bottle of Gato Negro sitting around downstairs and it looks at me as if I am cheating on it. Every day I tell myself if I want, I can open it with dinner and measure out five ounces. But I would just rather skip it, you know?
If you are drinking wine how in the world do you stick with five ounces?
Five ounces is nothing! Nobody in the world drinks only five ounces!
And so I sip that vodka soda. And the evening goes by too fast, I have to say that.
Last night we had a crowd that was a little smaller than normal. Howard and I figured out why. It was because our friend Dave Corbett was having a party tonight and he had invited all the Lounge Cadets. Many people cannot go out two nights in a row and so they gave us the slip and were saving themselves for Saturday.
The exception was our friend Brenda who was missing because she was at her reunion at Hamburg High School. That was a valid excuse.
When God closes a door, He opens a window, and so we got to see several people who we never get to see. Our friend Deborah Lynn Williams was sitting next to Gary at the bar when I walked in. Our friend Angela was also in attendance. Angela is a dancer and is the most toned person in the world. I will have to ask her what exercises she does.
And... and ... we had a couple of bona fide celebrities. Steve Cichon, the author and historian who ran for County Clerk a few years ago. And I got to discuss with him some of the historic buildings in our Parkside area that I have been sketching on my nightly bike rides.
And with Steve was Nick Otto. He is the son of radio talk show host John Otto! John Otto passed away several years ago and no one has ever stopped missing him. I have written about John Otto before.
My brother George used to call John Otto's show! John Otto called him "George from Cleve Hill." If you called John Otto you would get a medieval name like that, and it would be yours.
Nick Otto is fascinating. He is a Mayflower descendant for one thing.
I said, "Nick, which Mayflower founding father are you descended from?"
He said: "William Bradford."
Of course!! Who else?
That is Mr. Bradford at the top of this post. It feels now as if he is family. Nick also told us stories of growing up in an apartment house in North Buffalo where there was a Mr. Weezy who used to appear in the basement. Mr. Weezy never threatened him or did anything, but he spooked Nick out. Nick was about 6 at the time.
That is part of the fun of Lounge Academy, you know? Howard goes on playing and singing the standards, and we listen, and in between numbers we can pass hours talking of this and that. Things like William Bradford and Mr. Weezy.
Lots of excitement, with my vodka soda!
Posted by Mary Kunz Goldman on August 14, 2021

Love this. We need to come back to Lounge Academy. And your keto drink sounds delicious.