The Year of the Oxtail Today, great excitement! Today is the day I make Ochsenschwanzsuppe.

That could be one of the best words in the German language. It means "Ox Tail Soup." Think Ochsen (ox) schwanz (tail, ahahahahaha) plus Suppe (soup). The way you say it is "AHKS-en-schwanz-SOOP-uh." Don't you just love it?

There is a runner-up for Most Ingenious German Word and that is "Auspuhfsrohr." You pronounce it "Aus-poofs-roar." It means exhaust pipe!

Every weekend I like to take on a culinary challenge. Last weekend I made this Winter Vegetable Lasagna out of The Buffalo News. I made that for the guys at Howard's cigar party as it turned out. And it turned out well. You can still find the recipe! Here it is.

I have been wanting to make Ochsenschwanzsuppe for a while because I have never made it and Beverly the butcher, who used to be at the Broadway Market but is now at Camellia's on Genesee, has told me so many times how good it is. Yesterday at the Broadway Market there were these oxtails sitting there and I knew it had to be done. Also, it is the Chinese Year of the Ox! That is another reason to get this project going. That is a picture of an ox up above. It is a Musk Ox, probably not the kind of ox whose tail I will be cooking up shortly. But I could not resist that picture. I liked the look on the ox's face.

This morning when I got up I went looking for recipes for Oxtail Soup. You do not find that in the paper the way you find Winter Vegetable Lasagna. That is unfortunate but true.

I found a recipe in this British cookbook I have. This cookbook came from the Broadway Market, too, come to think of it. Remember that fly-by-night cut-rate book stand, the one that closed under mysterious circumstances? That was where I bought it. The rest of the world can sneer at British cooking but I know the truth, that it is wonderful. I thought I could count on this book to have Ox Tail Soup and sure enough it did.

And if you think Ochsenschwanzsuppe is hard core you should see what is on the page next to it.

They have a picture of it, too, and it looks like a big tongue. That is exactly what it looks like. I bet you could find that at the Broadway Market. Who knows? Maybe that will be my challenge next week.

Oh my goodness. Here I was all ready to wind up this post so we could all virtuously get on with our day. Then I made the mistake of clicking on that John Otto link! That is a page by WBEN's Steve Cichon devoted to clips of John Otto dealing with various callers. It is priceless! Here is a picture of John Otto. 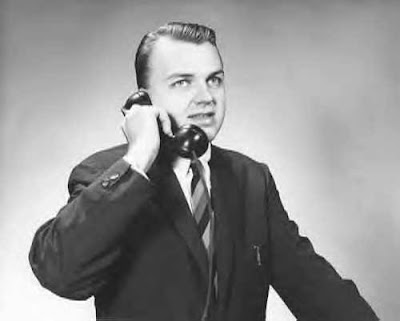 Note to out-of-towners: Listen to just a few of those clips, and you will hear how great John Otto was. Listen to "On Mosh Pits."

Howard just said it is like listening to Leonard Pennario.

You know you are hearing a master.
Posted by Mary Kunz Goldman on January 10, 2009

Loved the picture and mention of John Otto. His widow, Sallie, was in our neighborhood on West Ferry and is a good friend of ours who we miss since she moved to New England. I am going to send her a link to your blog.

Gee, when you said you made it out of The Buffalo News I thought that recycled paper was the main ingredient. :)

Oxtail stew will forever be etched in my memory as one of the things we had at L'Ambroisie restaurant at the Place de Vosges in Paris! It was intense and somewhat bewildering, a greasy proposition even in a Michelin starred establishment! I wonder how yours turned out! What a privilege to have Broadway Market at your doorstep!

Oh my, my, my, my...I believe in divine intervention with such things...our duel Otto posts included...the oddity of it all...to make it odder, I went and read this post today which included stuff on "Ox Tail Soup."

No lie...on Saturday at the Market and was thinking about my grandma who recently passed and how I could use a nice bowl of her "Ox Tail Soup" on such a cold day.

Chris, surely John Otto is looking down on us and smiling!

John Otto once visited the Buffalo Bisons' broadcast booth to work with Pete Weber for an inning. I believe Pete once said it was one of the most surrealistic moments in his broadcasting career, considering that John knew a lot about everything except sports.

That "fly-by-night cut-rate book stand" closed under mysterious circumstances because he was selling condoms along with children's books.

Oh, my! I would never have suspected!