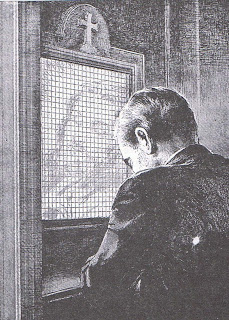 Because of my clean desk I have become the confessor for people who sit at desks.

They tell me how clean or cluttered their desks are! I guess I am an extreme case because mine was so messy, and so people feel comfortable confiding in me.

One thing I used to do with Leonard Pennario, when he asked me to, was occasionally help him straighten out his desk. We would go through random papers and try to figure out what could be thrown out. Most of the time we would give up and just end up sitting there laughing about something. But the time was not wasted because it led to things I might not have found out otherwise. For instance if I had not happened on the correspondence from the Motion Picture Academy I would not have realized that he voted on the Oscars.

Speaking of voting, I remember we worked together on his absentee ballot for the government election. Haha, no privacy with me around! Pennario was fun that way. He didn't care what I looked at. I remember that now with such affection.

I am happy to say I have a letters organizer that belonged to him. It used to sit on his desk and hold papers and now it does that on my desk. It is just this cheap little thing but I like it because it reminds me of those afternoons, sitting around with him.

Looking at my clean desk I am haunted by something I once heard a comedian say. I can't remember who the guy was -- he might have been famous, he might not have been.

"There are some people, ain't nothing on their desk ... 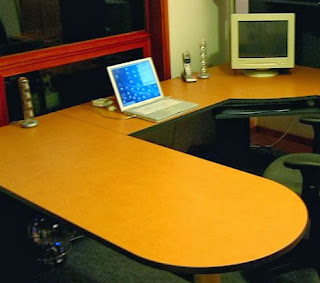