A blizzard of saints 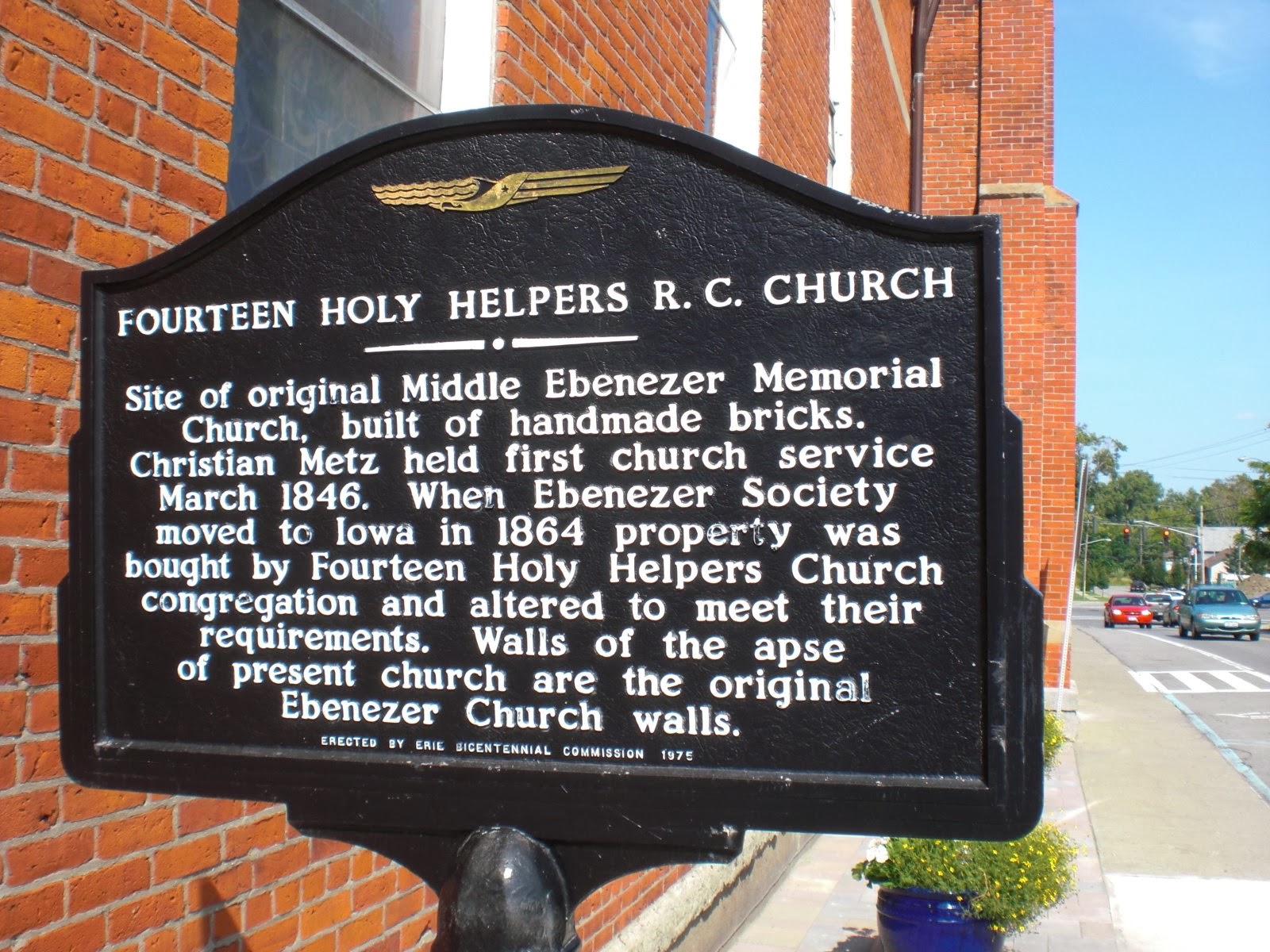 The Fourteen Holy Helpers are in the news! One of our photographers at The News, Mark Mulville, took this picture the other day in our blizzard, and as I wrote in the Buzz Blog, it is going viral.

Here is the picture: 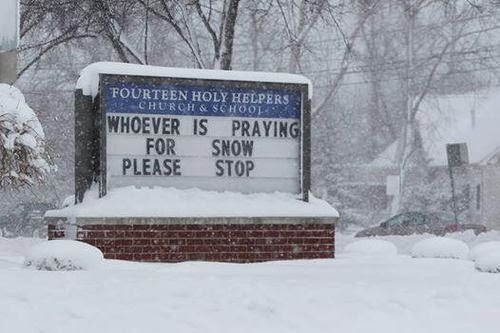 Reading back I realize my Web log is preoccupied not only with Leonard Pennario but with the Fourteen Holy Helpers. They even mentioned me in their bulletin once. I loved that. The trouble is I am not very organized as far as tying it all together on the Web log, all I have learned about the Fourteen Holy Helpers or the Vierzehnheiligen as they are known in Germany. But if you go to that little search thingie in the corner and type in "Holy Helpers" all this stuff will appear.

So this person will Google the Fourteen Holy Helpers. And before long he or she will be praying to St. Barbara and St. Vitus and other 12, and going to get his or her throat blessed on the Feast of St. Blaise.

Before long amazingly the Fourteen Holy Helpers will be venerated in America as they were in Europe during the Middle Ages. That is how this will work.