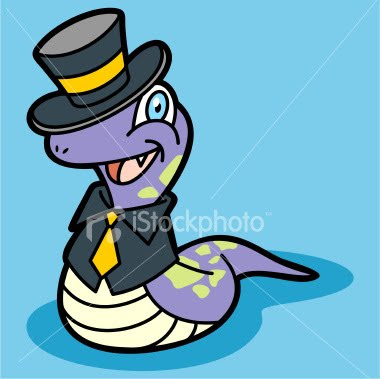 Such excitement yesterday surrounding that picture of Leonard Pennario at Kleinhans Music Hall in 1966! Check out the comments. The knowledge that is out there in Blog-O-Land, it is unbelievable.

Remember when there was that mysterious yacht and someone came forward with an answer as to whose it was?

How about the information we have gleaned about Peter Piccolo?

It all goes to show, you put a question out there, someone will have the answer.

Which brings me to the matter of the snake my brother George saw walking along the Niagara Gorge the other day.

I hate to bring up something so terrible on this Web log but George saw this snake lying alongside the path. It was just hanging out and apparently did not slither into the bushes as most snakes would do.

That is what George said. He took a picture on his 'phone and showed it to me but I did not look at it too closely because I am squeamish. I will have to get him to send me the picture though because from what I saw of this snake it was not the kind of snake you normally see around here.

I hope I do not see it, that is for sure.

I freak out if I even see a worm! 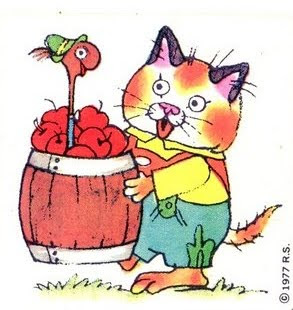 But I sat and listened agog as George told me about this snake. It was dark-colored and looked to be at least six feet long and at least six inches around.

After seeing the snake George collared a passing hiker. "There's a snake 100 or so steps up ahead," he said. Then he told me, "I basically took him by the hand and made him go look at it."

The hiker said, "Well, it's not a rattlesnake." But beyond that he knew nothing.

Would anyone else be able to hazard a guess as to what this snake is?

I would hate to have some nasty new breed of snake moving into this area thanks to some new government program or other. Up till now, if you saw a snake, you could be sure it would not hurt you.

Now it is discomfiting to look at the beautiful Niagara Gorge... 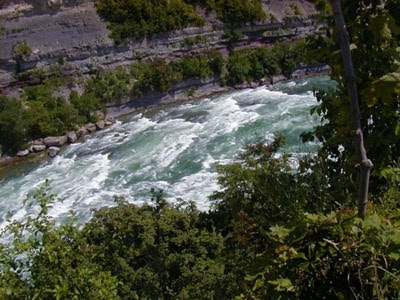 ... and know that that snake is out there somewhere.

I will not venture there until further notice.
Posted by Mary Kunz Goldman on August 30, 2009

It is common for people to buy exotic snakes as pets.
When they find out they can't care for them they dump them.With that in mind the snake could have been almost any kind.
Size and color tells me it may have been a Burmesse python
Ball pythons in FL have become like zebra muscles here, an invasive specis
The snake George saw won't last thur winter

Oh, how awful, a python! A Burmese python!!?! John Callahan, do you really think so??

I was down in the gorge on October 15th 2009. I came across a black snake with brown rounded square like spots on it's back. I have heard of Rattlesnakes being down there for years. I did not see a rattle though. I was told it could be a milk snake. I am going to do some further research.