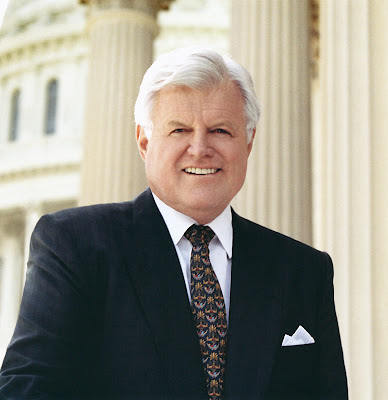 See Ted Kennedy in the picture above?

That is me since my tooth surgery yesterday!

I have that Ted Kennedy thing going on. Suddenly I have that Kennedy jaw! It has gotten a little better since I woke up but still.

I have that JFK thing going on too. 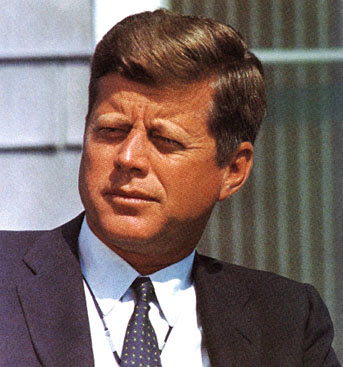 This all happened out in West Seneca where, not to gross anyone out, I was given a part of someone else's bone. The periodontist who was doing the surgery said it was freeze dried.

"Who does it come from?" I asked when he took his fingers out of my mouth.

He said: "From a donated cadaver."

But I have to say, I do not mind the idea of this freeze-dried bit of someone else. If I use the phrase "every bone in my body" it now includes someone else's. That is something to think about.

The perio's name is Howard which I like because men named Howard inspire confidence. They are salt of the earth, these Howards. Leonards are a whole different ball game as I learned with Leonard Pennario. You get tangled with them and you never know what will happen to you.

With Howards you know.

I knew I would look like Ted Kennedy and now I do!
Posted by Mary Kunz Goldman on July 29, 2009

Oh my goodness, Mary! Best wishes for a full recovery.

Mary, I feel so bad for you. Please take care of yourself & get your rest & lean on your wonderful Howard all you can. God Bless, Toni