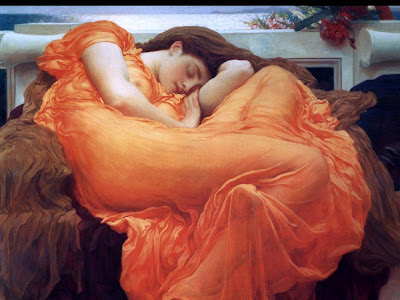 Lastnight I slept like the dead and now I feel so much better. Above is a picture Howard took of me sleeping. You could not wake me!

Wow, I was so out of it yesterday.

It is just that I was up all night the night before with my teeth and my JFK jaw.

But yesterday was a great day because I was visited by my old roommate Daryle and his wife, Lisa. They are visiting from Florida where they dwell among the alligators.

Howard and I have a nefarious goal and that is to goad Daryle and Lisa into moving up here to Buffalo for good. Already they are talking about maybe getting "a second home" up here so that is a start. When people start yakking about a second home here you know that Buffalo is getting to them.

Daryle is from Buffalo originally and Lisa is from Long Island. What are they doing in Florida anyway? Their roots there cannot be very deep. That is what Howard and I said later as we were assessing the progress we had made over the course of the evening.

Plus in Buffalo you do not have to dwell among alligators. That is something to consider.

What do we have here? Garden snakes? I think I have seen maybe two in my life.

Note to out-of-towners: In Buffalo it is practically a spectator sport to try to get former Buffalonians to move back home. It is like Catholics trying to get lapsed Catholics to come home to the Church. We are evangelists.

When I met Leonard Pennario he was 83 but I remember my brother George bringing it up, asking why Pennario did not return to Buffalo to live. "He would love it here," George said.

That is the way Buffalonians are!

Daryle and Lisa are the best tourists and appreciative of everything so it is a pleasure to knock around Buffalo with them. Lisa is always taking pictures and both of them are very outgoing so because of that I got to meet the people who are renovating this fire station on Elmwood that is near Goldman Motors. They are a father/son team named Ed and Lou and they are going to be using the firehouse for their furniture restoration business.

We were talking about Ed and Lou later.

"How Buffalo are they?" Lisa said. "They come out of the firehouse and one of them is wearing a Bills hat and the other has on a Canisius T-shirt."

Yesterday I was too out of it to take pictures but here is a picture I took on Sunday. Ed and Lou's firehouse is in the middle. The white building behind it is World Auto Parts. And to the left is the world famous Pierce-Arrow plant! 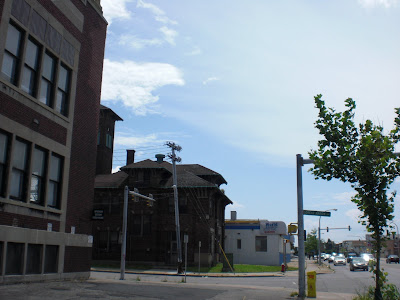 Daryle and I have known each other since he was 15 and I was 18. Here is how good a friend he is. He and Lisa are staying at the Lord Amherst because that is where Pennario used to stay.

Perhaps they can get the Lord Amherst to put up a plaque.

Glad you are feeling better today!

Never have I been to Buffalo but you sure are whiting my appetite!