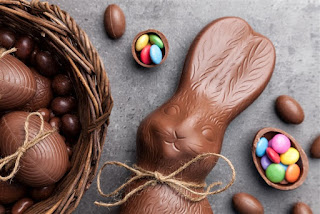 I love that today was Easter Sunday.

Just the shadow of Lent lifting ... Yesterday I said to my brother George, that is enough for me. I do not need ham nor do I need chocolate. Although today I had both!

The second chocolate was quite the experience. My friend Meghan in choir turned up today unexpectedly -- she is out of town a lot -- and we went after Mass to the Public coffee house, in the Hotel Lafayette.

At Public I asked at the counter for the most fattening coffee they had. The clerk laughed.

He said: "This must be because of Lent ending!"

He said other things too but masks make things hard to understand so we will have to leave the conversation at this. Long story short, he guided me in the direction of a rich latte so I got that. Then I saw these chocolate bars. One was 100 percent cacao! And no sugar. None!

I ordered that one! That is it below. It has this great brand name, Raaka. 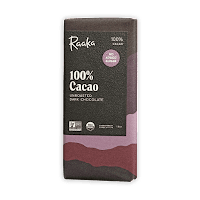 Meghan and I were sitting on this couch and she ate a breakfast sandwich and then I invited her to sample the chocolate which she did.

We agreed that the chocolate was rather uncompromising. However I just might develop a taste for it. I told Meghan that will be a new identity of mine, chocolate connoisseur. Next time I am at Public I am going to try another bar. It was Bourbon Spiked, something like that.

The chocolate was perfect for me at this point in time because I have been flirting with the Keto diet and it does not spike your insulin, being pretty much fat, as far as I can determine. It sustained me through a long walk on the waterfront, during which I sketched the Maumee again, and then just sat on the docks, watched the geese, feasted my eyes on the water, and just enjoyed life.

The happiest day of the year!

Love this story of faith, friendship, devotion and chocolate! I am so glad you posted a link to your blog, Mary. I added a MKG icon to my phone so I will be reminded to come here and see if there's a new entry. I have quite a few to read, which I'll mete out to myself, a few each day, to catch up!

Dear Libby, that is the sweetest thing that you wrote and I am sorry I missed it till now. I wrote that on Easter and now here it is Trinity Sunday! So nice of you to put that icon on your phone. I am going to add one for you! Thank you for the compliments and also thank you for bringing me back to Easter Sunday. It's great for me to read back and appreciate all over again that Lent is over for another year!
p.s. With some semblance of sanity returning we should do another food field trip!