My tree is up! 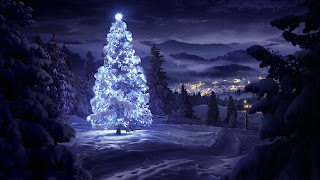 Today I put up my Christmas tree!

I was waiting on purpose until late in Advent. But our church decorations are up now and so what the heck, I decided it was time. This is funny, on Facebook, there are certain friends saying they are not bothering with trees because they cannot have people over to their house to see it.

Fie on that philosophy, fie!

I want my Christmas tree no matter what!

My ancestry is German and you cannot keep a German from celebrating Christmas. Famous situations attest to that.

There is the great and true story about how in World War I, German soldiers in the trenches put up trees, and sang carols. Then they managed to call a truce with their British counterparts. All of them then partied together.

Then in the Revolutionary War there was the battle of Trenton, when American troops were able to surprise the Hessian soldiers, German mercenaries who were fighting for the British. They were able to pounce on them on Dec. 26 - the Hessians had been partying and had let their guard down.

Observe the famous painting of Washington crossing the Delaware on his way to surprise the Hessians. The painting is by a German artist, Emanuel Leutze. 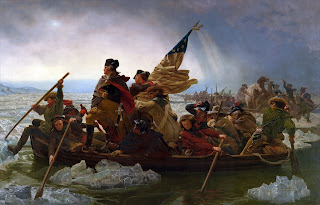 That is a good painting! Obviously Leutze bore no grudge. Germans are going to celebrate Christmas. It is just how things are!

And so my tree is up and I never considered that it would not be so. This is my fake tree, the one I got, yikes, way back in 2012. No wonder it is getting yellowed. But it really does look lovely once the lights go down. And that is when you most appreciate a tree, when the lights are down.

I had to take down the lights I had put around the windows of the sun room so I could put them on the tree. I sort of regretted taking them down, because I loved the look of those lights around the windows. But Christmas has to be different from the rest of the year. That was a smart decision I made, you know, to put up those lights, after last Candlemas.  It sweetens that pill of having to take down the tree. Often after you take down the tree the weather stays bleak for some time. And I never got sick of those lights. In the summer, if it was a dark rainy day, I even used to put them on in the morning sometimes. Anyway, that is a tradition I will keep, my year-round lights in my front room.

But for now they are on the tree.

We need a little Christmas, now!