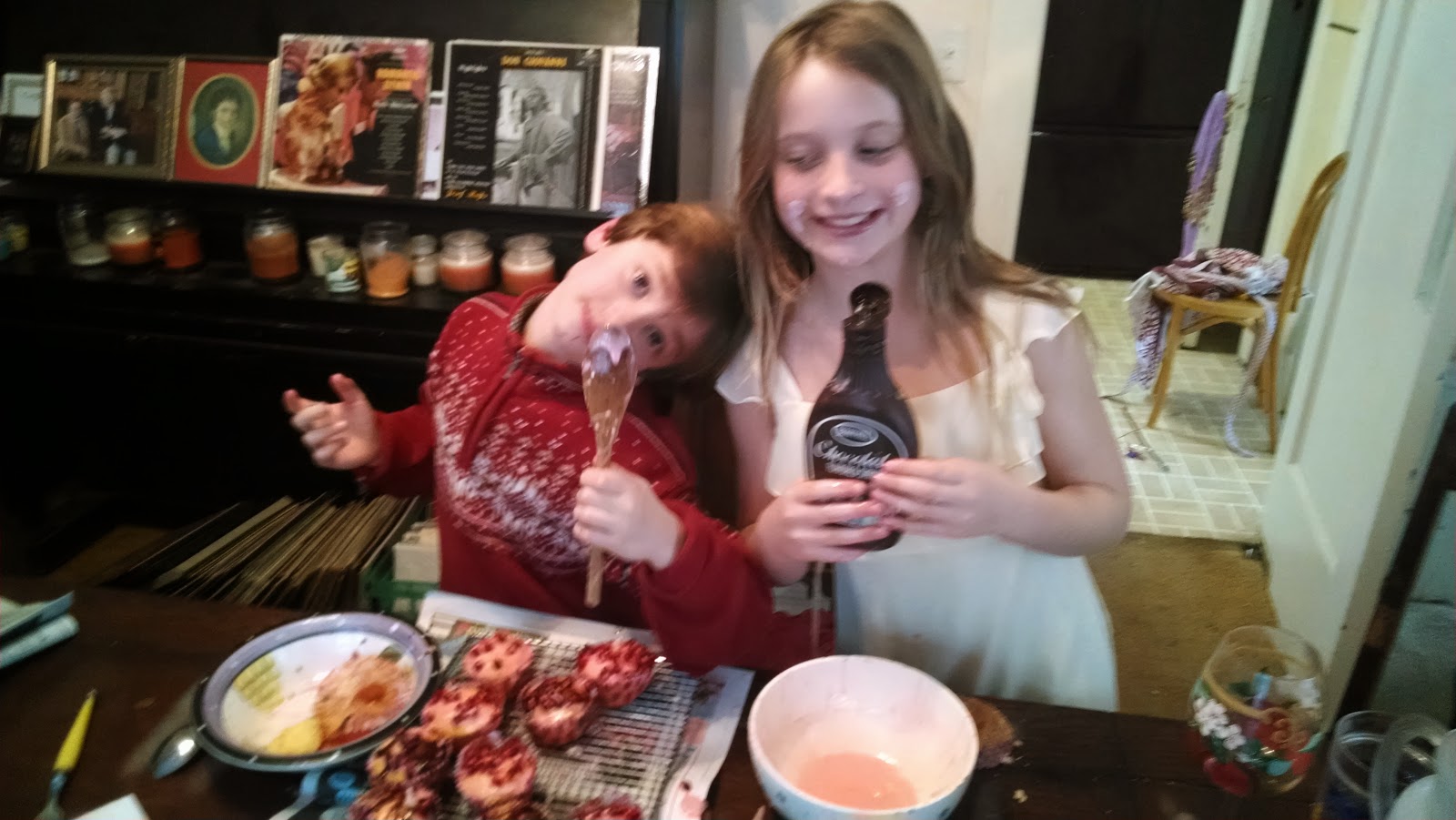 Today after church my niece and nephew joined me again to bake more cupcakes.

We did almond cupcakes with lemon frosting. In Barbara's cupcake book, which I gave her for Christmas and she toted over here, we made Amaretto Wedding Cupcakes. We did not make them for a wedding. We made them for ourselves, seeing that St. Valentine's Day is coming up and wedding themes are certainly appropriate.

Prudently earlier this week I had picked up Valentine's Day cupcake liners at CVS. One had red hearts and the other had a red swirl design.

This cupcake book, I don't remember exactly where I found it but it is uncanny because you have most of the ingredients you need. And if you do not have them you can sub something. I did not have Amaretto, and a valid question is why do I not? But I do not. However I did have Llord's Almond Liqueur. Our friend Ari used to bring over bottles of Llord's, which I have faithfully kept. This is one of them.

Three tablespoons of Llord's, a bottle of which is pictured at right, went into these cupcakes.

We frosted them with lemon frosting which we tinted pink, and then Barbara and Georgie artistically decorated them with chocolate sauce and pomegranate seeds. Georgie asked if he could have one of the half lemons when we were done squeezing it. I said he could. "Yes!" he shouted. Then he ran around the house with it doing God knows what.

I look at these cupcakes we make and sometimes I cannot believe it. They look homemade, sure, but sometimes in a group they look like something you would pay big bucks for in a bakery. 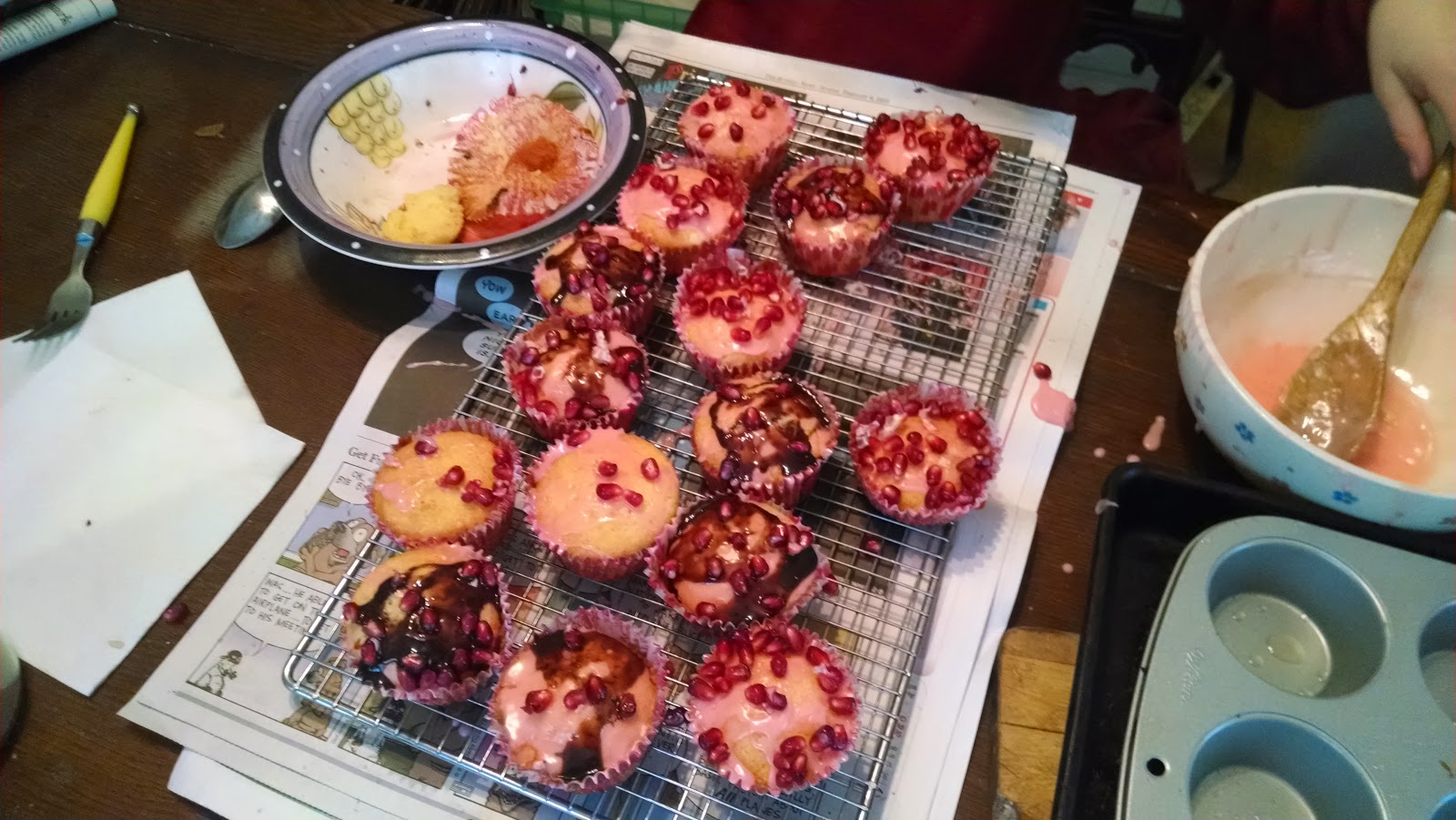 Also it is good for things to look homemade, you know? It adds to their cachet. I like that about Martha Stewart. Some things, her wedding cakes for example, look polished and impossible to do. But other things, like pies for instance, she likes that homemade look. It is snobby to have something homemade. Most people do not get to enjoy that.

While we worked we listened to Johann Strauss which, here is Pennario playing his own arrangement of the Kaiser Walzer.

It is funny but when we do this, go to Mass and go to church coffee hour and follow that up at my house with a big lunch and a cupcake session, it makes me think of how Sundays must have been to people some years ago. I like to think of Sundays as a day apart. I would like my niece and nephew to grow up thinking of it that way. Not like other days you spend running around shopping and doing errands. On Sunday you may bake cupcakes and listen to Johann Strauss.