The Church of the Holy Scaffolding 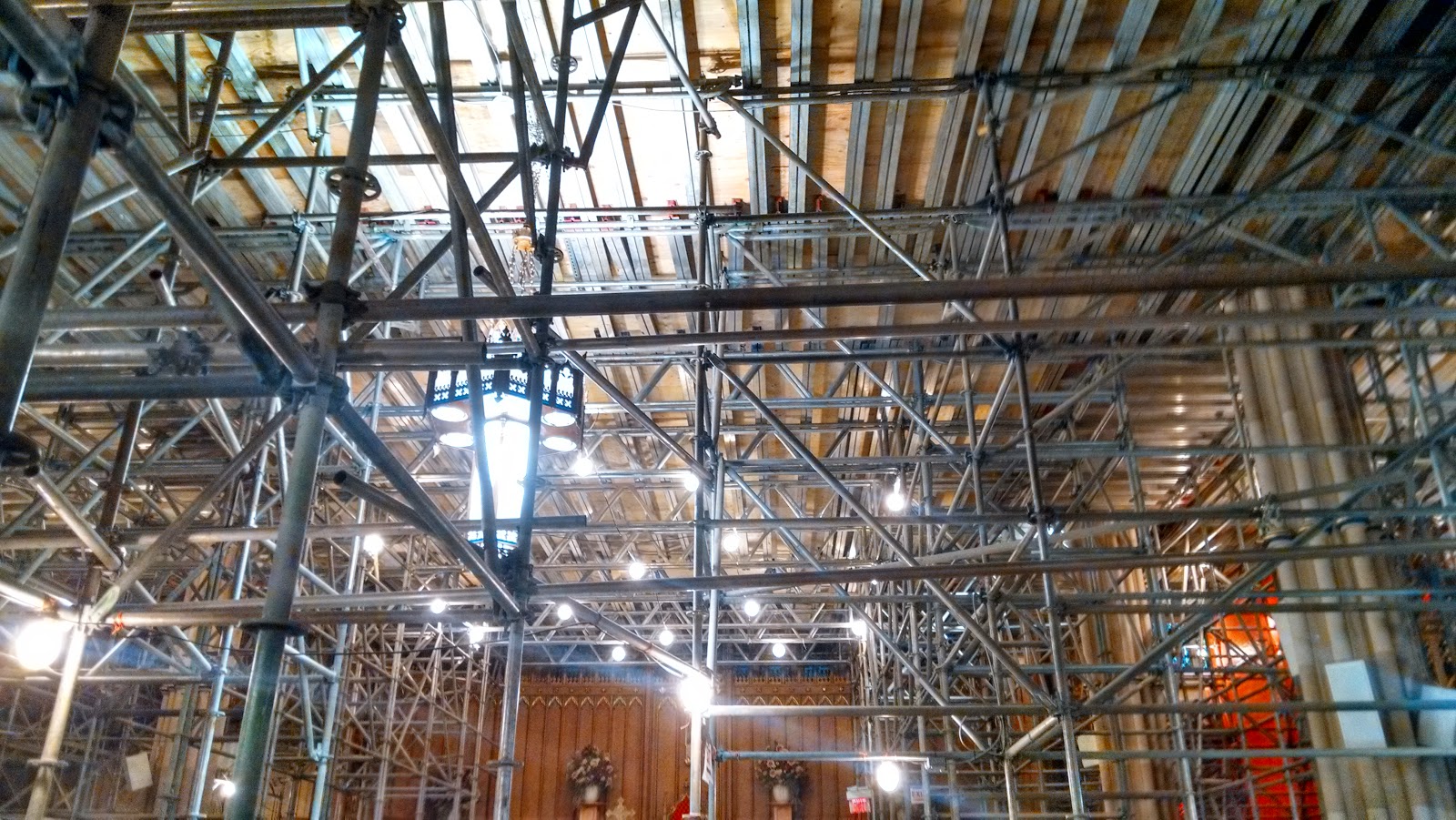 I went to Toronto over the weekend to see "Die Walkure" and "Don Giovanni." And while I was there I went to mass at St. Michael's Cathedral.

St. Michael, the patron saint of scaffolding! That is what I wrote on Facebook.

I could not believe the scaffolding in this church.

It was everywhere! Above is a picture I took after mass. One of my friends at work told me it was a wonderful photograph but you did not need to be the Leonard Pennario of photography to take this picture, I have to admit that. You could pull the camera out and just direct it anywhere. There was so much scaffolding! Here is another view from my pew. 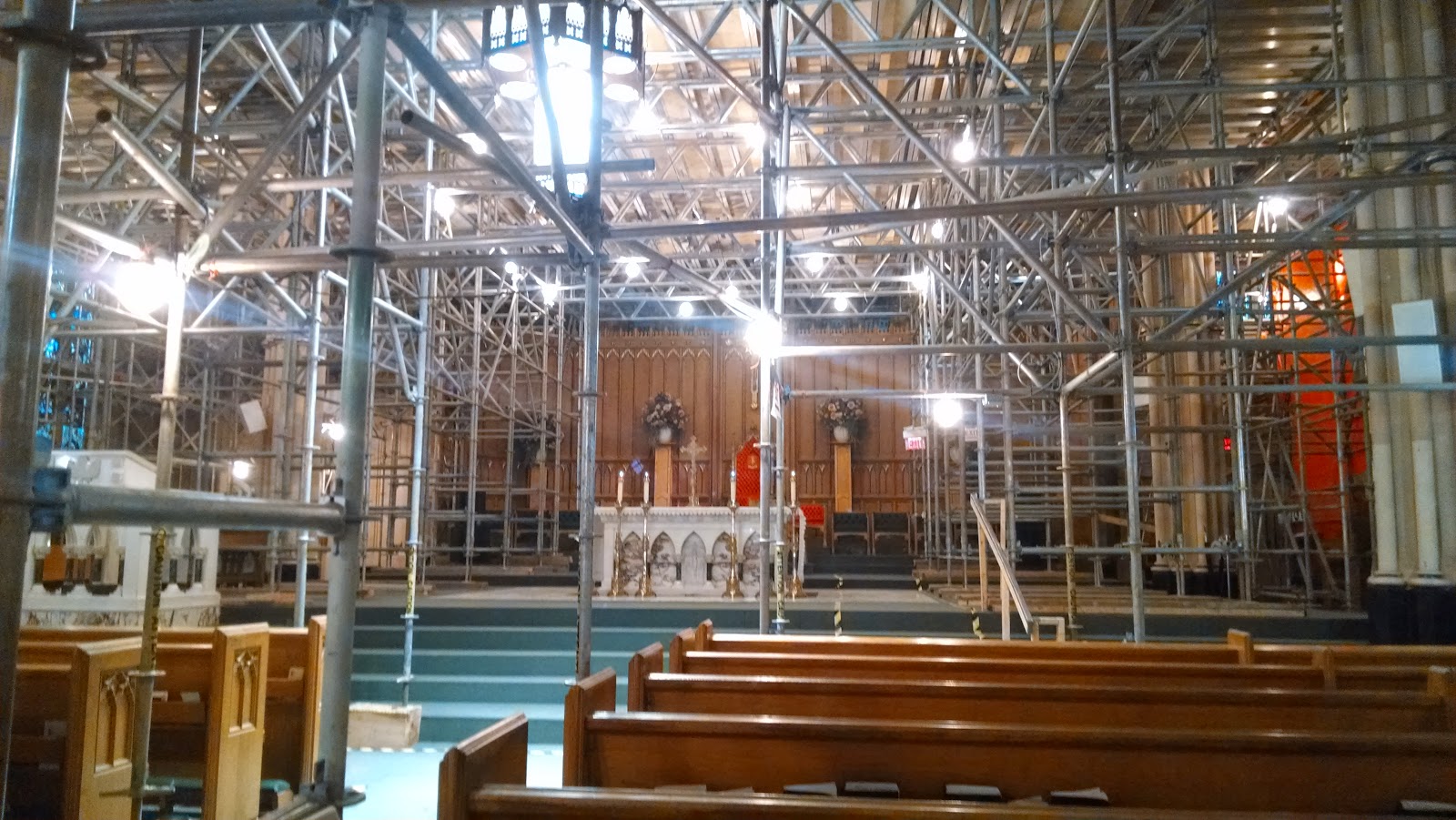 How did they get all that scaffolding up there? How are they going to get it all down?

What made the whole situation funny was, just three or four days before that, I had had a conversation with my friend Melinda about how every time we have visited historic churches, our appreciation of them was hindered by scaffolding. She had that experience with Notre Dame in Paris and I had it with the Cologne Cathedral. And there were other examples. 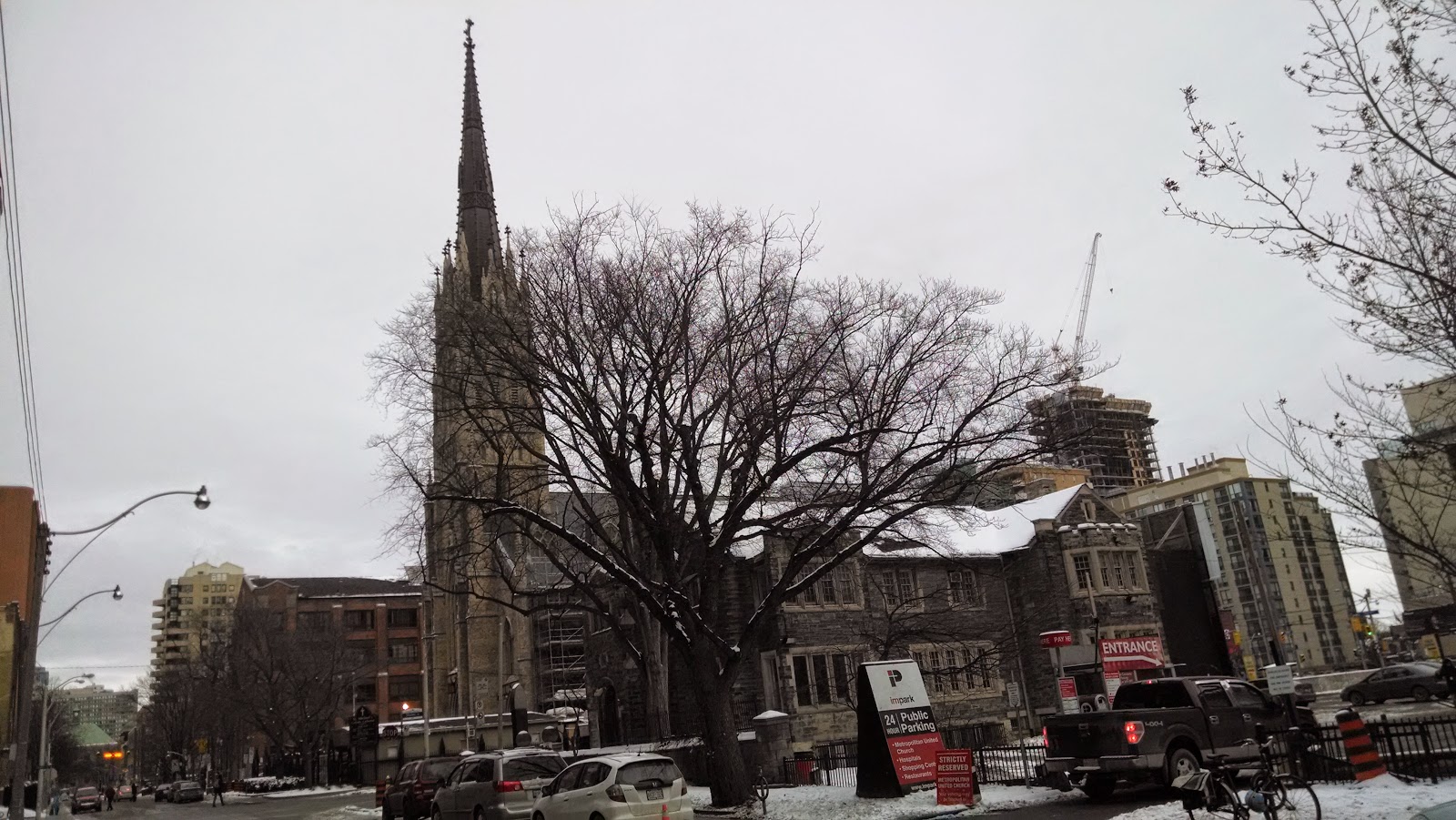 ... I saw scaffolding from a distance away.

But I could not guess what was inside!