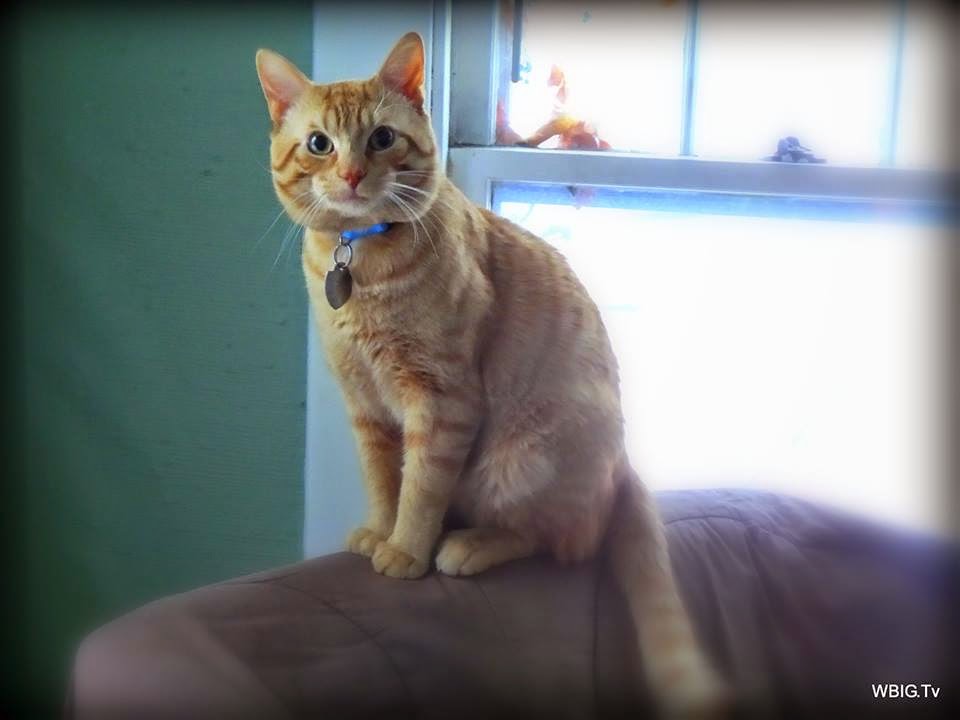 Remember not long ago when we predicted that Jeoffry would, one day soon, zero in a mouse?

The other night we arrived home from, ahem, the theater. And there was a dead mouse sitting on Jeoffry's red Savers bag. That bag is his turf so that mouse was there for a reason.

Then we called for Jeoffry but for the longest time he did not appear. That was weird and we were worried. Then he sauntered in from the front sun room. He had been watching the rabbits outside. He was really high on himself because of that mouse, you could tell. There was a new dignity about him, as you may see in the picture Howard took, visible up above.

Not to get too gross, but the mouse was intact and not gory. God knows what it went through, because as the poem "My Cat Jeoffry" says about the cat, "For he plays with his prey to give it a Chance." But the end was pretty anyway.

It missed the deadline unfortunately for my ground-breaking, sure-to-win-a-Pulitzer mouse story in The Buffalo News. But still, significant. This is a milestone for Jeoffry. It was like Leonard Pennario's first appearance with the Los Angeles Philharmonic. For Pennario there were many more concerts and for Jeoffry there will surely be many more mice.

He is earning his stripes!

Hooray for Jeoffry! What a handsome boy! We also have an orange cat who, just three months ago, caught his first, then his second, mouse. Having recently moved to the country, I am so happy to have our Moby protecting us. I didn't get a chance to read the article in Sunday's paper yet, but loved the green wallpaper imagery! Off to read it right now.