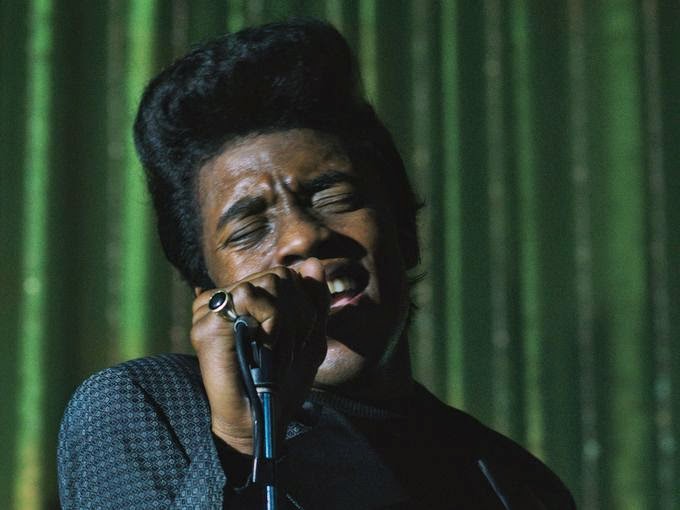 Howard and I went to see the new movie about James Brown, "Get On Up."

What with my Leonard Pennario project I am always interested in how movies like this organize things. This movie had interesting ideas. They would flash a year on the screen, and a kind of chapter title, like, "1971: The Godfather of Soul," something like that. And they flashed back and forth.

It was not perfect. I got kind of confused as far as where we were in James Brown's life and how famous he was at a given point. But it was a promising idea.

There were about 18 previews before the movie started and I have to say one thing about them.

As opposed to Owwwwww, as James Brown would say.

Such hideous violence! I do not go to that many movies and now I see why. I do not want these images in my head! I actually closed my eyes through something like three different previews because I could not stand it. In one, somebody's hand got cut off. In another, this guy was punched over and over, brutally. The people next to me seemed to take it in stride. "Oh boy," they kept saying, casually, as another punch came in.

We are not allowed to use common sense and say that bombarding people with images like this, along with deafening noise, contributes in any way to crime, you know. But it cannot be good.

Later I had to kind of laugh at my own idea that my story about Pennario would make a great movie.

I mean, we had our arguments, but at no time did anybody cut anybody's hand off.

Oh well, that is me.

Stuck in the 19th century!