I left my sins in Chicago 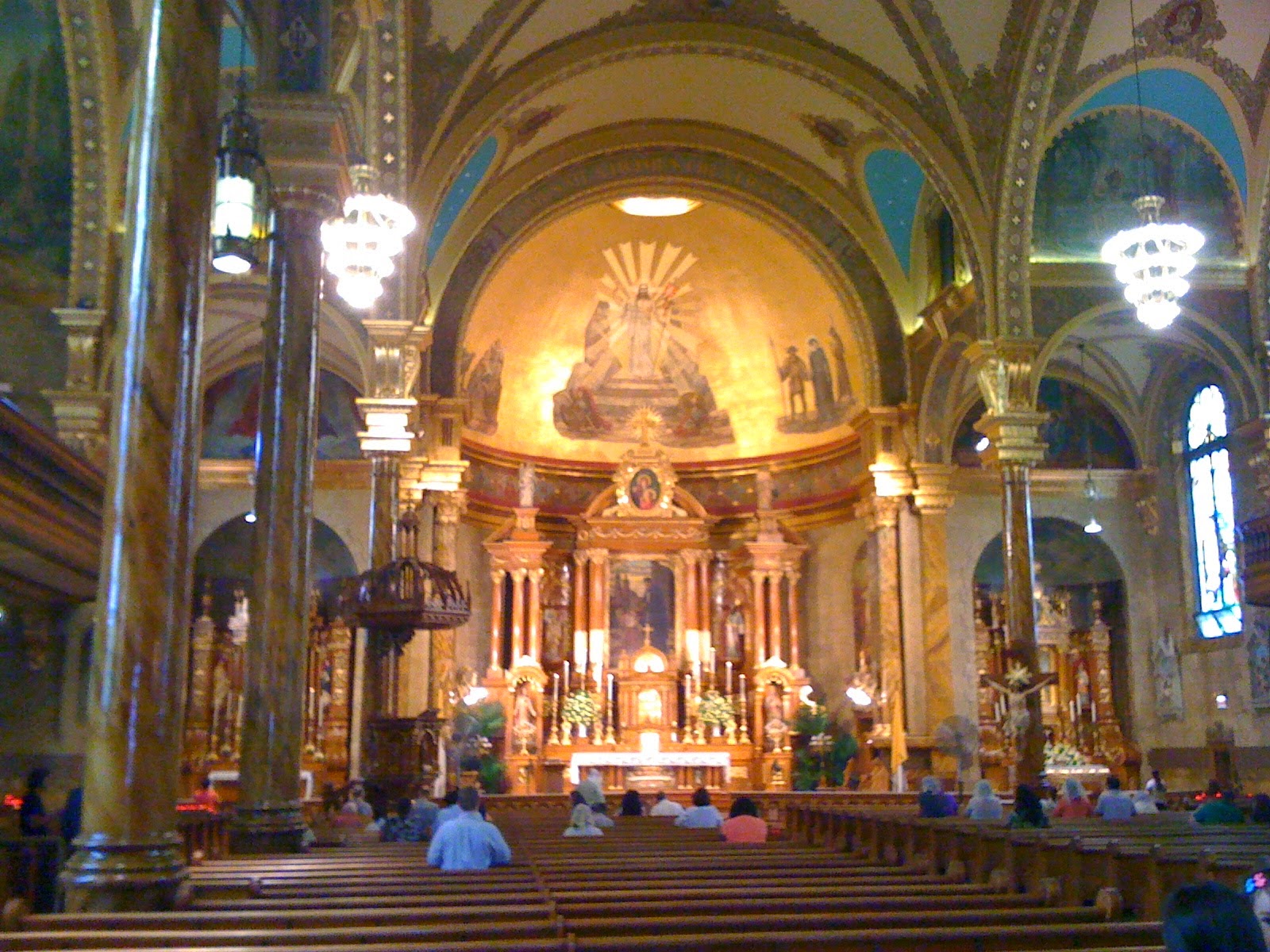 At church today I was thinking: It is nice to have Confession settled for the time being.

When I was in Chicago I went to confession. It was thanks to my friend Lizzie. Lizzie is not exactly a churchgoer but she is responsible for getting me to confession twice in recent memory. It is because she has total situational awareness, as Howard puts it. Lizzie knows everything that is going on everywhere at any moment.

And twice when we have been to Mass together she has noticed there are confessions going on.

She whispers to me: "They're doing confessions."

I never notice anything on my own. Anyway, Lizzie got me to confession at the Paulist Church in Manhattan where Leonard Pennario used to go. And last week when we were attending the Solemn High Mass at St. John Cantius she nudged me and whispered:

"They've got confessions going on."

I looked past the end of our pew and sure enough, there is this booth with the light on. Did the light mean the box was open, or that it was in use? That is always a puzzle when you are in a new place. Remember when I opened the door on that girl at St. Benedict's? Things like that can happen.

I waited and waited through the Kyrie and the Gloria and no one went in or out. So finally I took the plunge and went in.

It was strange to be going to Confession while Mass was in progress. I went when the sermon was just starting, or maybe it was during one of the readings. I know, shows how much I was paying attention. But anyway I dumped my sins on this priest and he was exceedingly nice. He told me to say a few prayers for my penance and he gave me a holy card. The card came out of the box like your receipt at an ATM. That has never happened to me before!

Then something happened that has stuck in my mind. He said to keep the card on me, which, I have been keeping it on my purse.

And he said, "Say a prayer for our country." I said I would.

He said, "We're in deep trouble. And it's going to get worse."

It was dramatic for a priest, in a confessional, to make such a pronouncement. I said I would pray.
This priest, he could have meant any one of a million things, you know? I will tell you the thing about this country that worries me the most and be warned, this may be divisive. I worry about the growing number of people walking around like zombies with their cell phones. They are glued to these phones! They walk into traffic like cattle.

I think anything else we as a nation disagree about can be discussed and settled. But what do we do about these cell phone zombies? How do we fix this? I mean you are not dealing with thinking beings.

I guess I know now how I deal with these cell phone zombies.