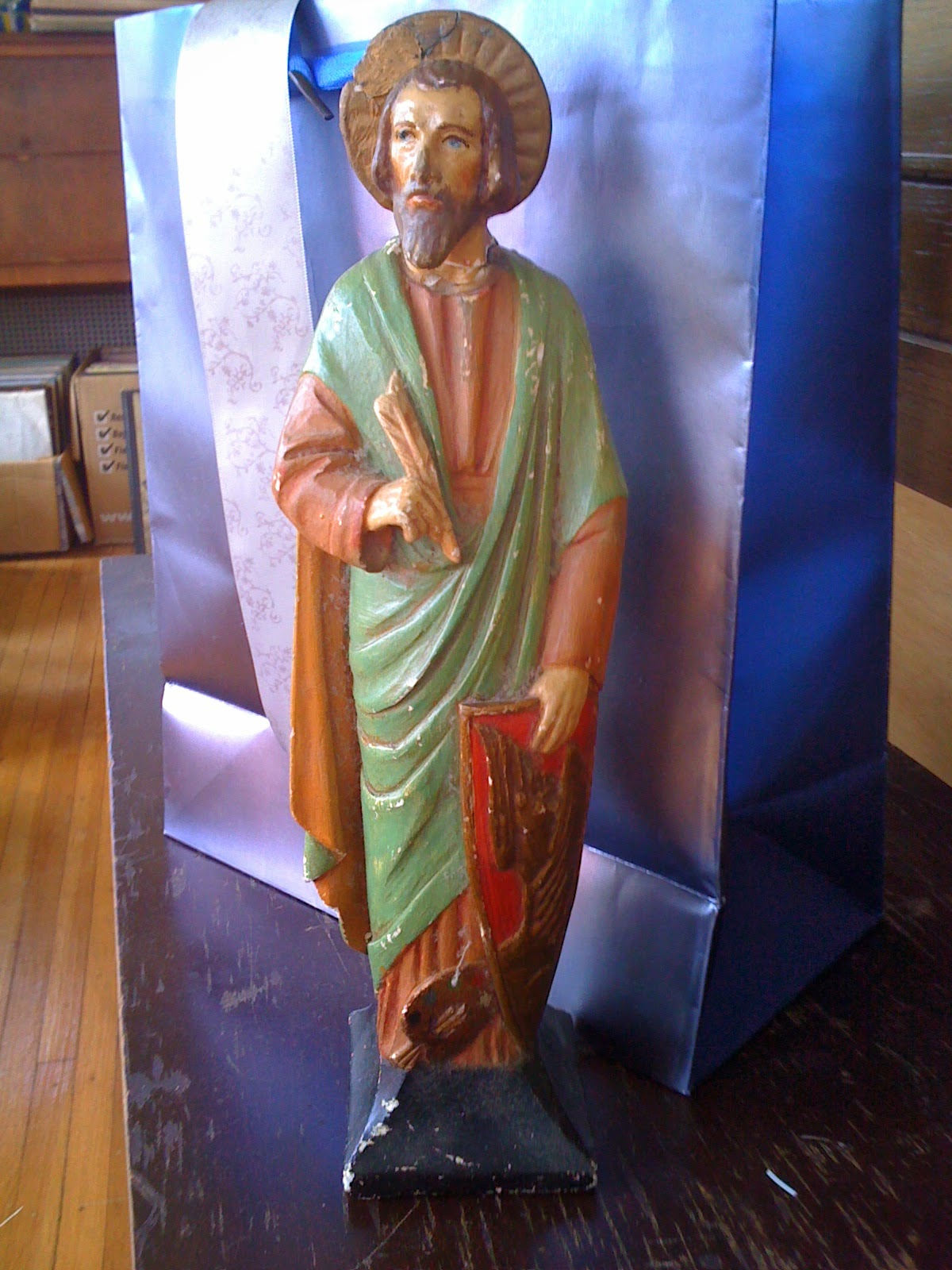 My brother is passing on to me all this Catholic paraphernalia that was in my mom's house. It is known that my house is hospitable to saints and so they are appearing on my doorstep in droves.

One recent arrival is the sweet gentleman pictured above.

Who is he? He holds a quill which makes me think he is one of the Evangelists -- Matthew, Mark, Luke or John. Although now that I think of it a lot of saints probably hold quills.

He holds a shield which, here is a closeup. 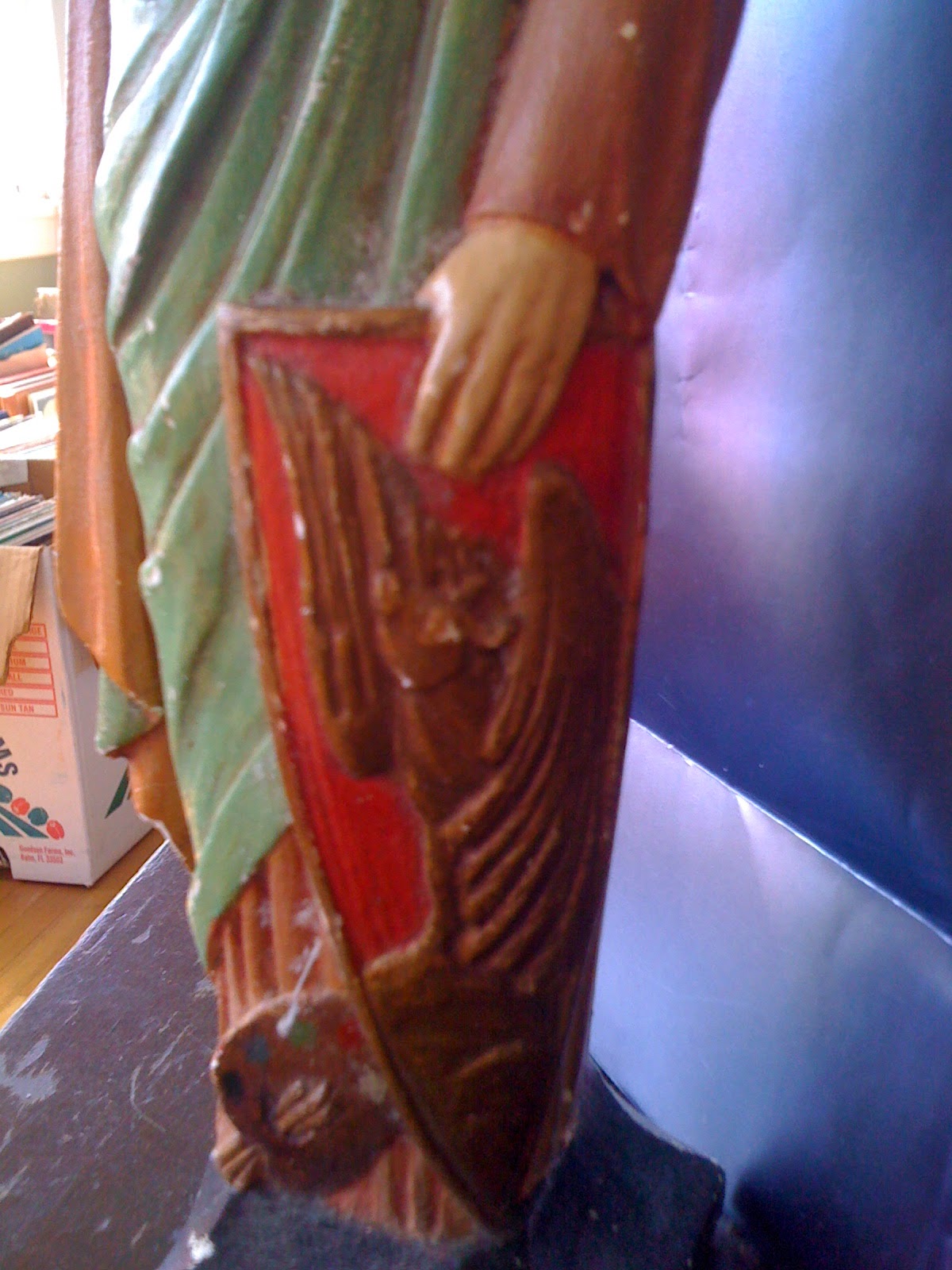 These are all clues. Saints usually have clues as to who they are. If they are martyrs they will often have a palm frond and/or the instrument of their execution. St. Catherine will have a wheel and St. Stephen will have a pile of stones. Here is a fascinating list I have been wasting time with, er, studying.

On the bottom of my mystery statue it says it was made in England. His head has come off, George pointed that out. Right now it is just kind of sitting there. I have to glue it into place.

Hmmm. I have done a Google image search of statues of the four evangelists and have found none of them carrying a shield. And now I read that a quill looks a lot like a palm frond which would indicate martyrdom. Now that I look at it I think it is a palm frond.

But zut alors, I am Googling around for "saint with palm and shield" and have found none.

However I did find Palm and Shields Liquor, in Fresno, Calif. 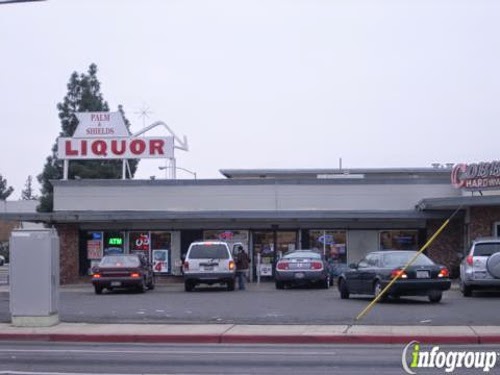 Pictures of liquor stores also have clues as to what they are. In this case the clues add up to, it is time to get back to work on my Pennario project, mystery saint or no mystery saint.

Can anyone identify my new saint? Someone out there in Blog-O-Land must know.

I sure do not!