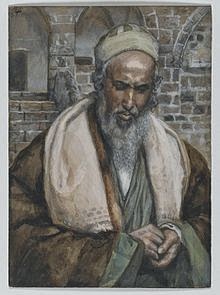 The mystery saint has made his identity known. He as not a martyr after all!

He was indeed holding a quill, such as would indicate an evangelist, and not a palm frond, which would suggest a martyr.

Not only that but near his feet, pointed out my friend Melissa Grace, was an artist's palette. And the shield shows, and only Melissa Grace would know this, a winged ox.

End result, as we say here in Buffalo, our saint is St. Luke.

St. Luke was a physician and a painter. I had not known about the painter part. Apparently in Italy or somewhere is a painting of the Madonna and Child painted by St. Luke.

"That is a nice picture over your couch. Who painted it?"

St. Luke was Syrian, as I understand it. He was the only non-Jewish evangelist and he reached out to the Gentiles. His skills as a physician supposedly helped keep St. Paul in one piece even though St. Paul was stoned and otherwise left for dead on several occasions. One thing that is funny about this is remember the statue's head had been broken off? I have to reattach it. I will have to play the physician to St. Luke, the physician. I will have to mend him as he mended other people. That idea makes me kind of nervous.

What about Luke Russert? 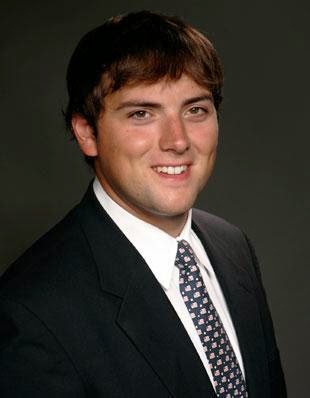 I am sure he knows all about St. Luke, being named after him.

Up at the top is a beautiful painting of St. Luke by James Tissot. We have mentioned Tissot before.

Here is a famous painting by Tissot at our Albright-Knox Art Gallery. It is a painting of me and Pennario going to the opera when I was in California. Tissot asked if he could paint us as we went in to see "Tannhauser" and after some hesitation we said yes. 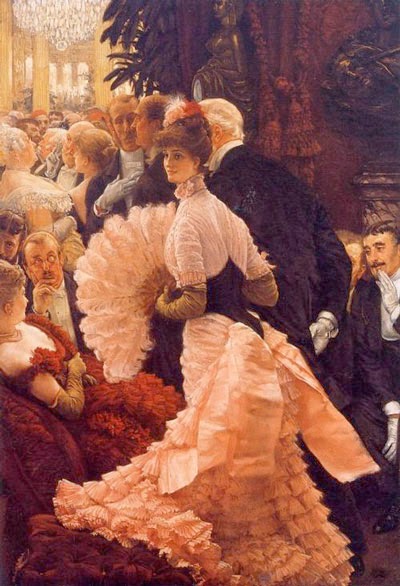 There must be towns and countries that St. Luke is patron to, as well. We will find them at a later date. Perhaps on the Feast of St. Luke which is Oct. 18.

For now, I am just glad to have this saint identified. I was able to say, "St. Luke, welcome to my home."

The Internet is the answer to everything!

I've often confused the Tissot painting in your post that can be viewed at Albright-Knox with the one that was in the movie-adaptation of "The Age of Innocence." Take a look here to see the similarities: http://paintingsinmovies.com/m/view/id/222

Julia, that painting looks almost just like the one at the Albright! Maybe it was a study for it or something. That one is called "The Ball" or "Evening" and ours is, yikes, "The Ambitious Woman."