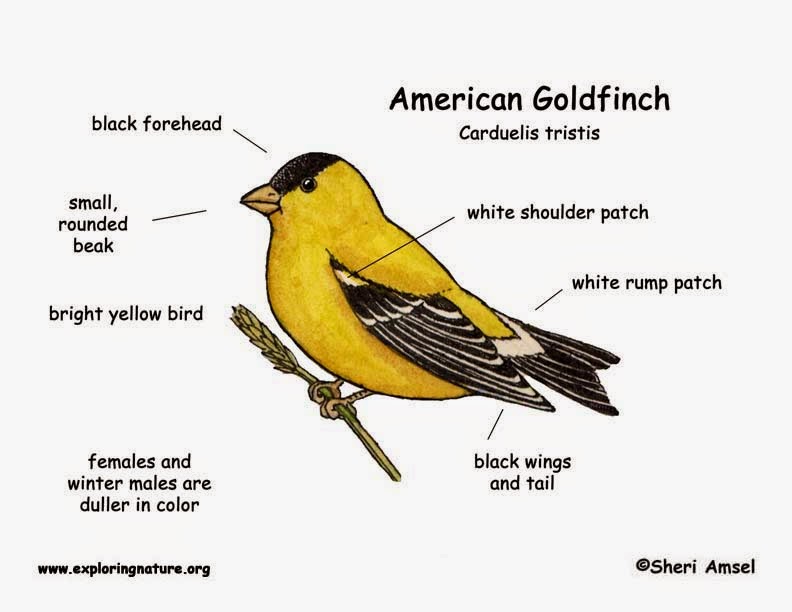 It is fun being up early and hearing all the birds. The sky lightens and the birds sing.

Most recently I heard the chirping of a new bird I did not recall noticing before. It was a kind of sweet warbling. Hahahaa... That makes me think of this editor I worked with once, Rick. Rick Stanley. Whenever we were writing that someone sang we would write that he or she "warbled." Then we would sit there and laugh.

Anyway. This bird was warbling. And I am wondering: What bird is this?

It sounded so loud!

So for the first time I thought: Maybe I can see the bird! It was almost a joke. I can never see the bird. I left Leonard Pennario for a moment and I turned to the window.

And there it was! Sitting on a branch.

I did some research and I do believe it was a goldfinch. Apparently goldfinch are common but I never remember being aware of them before. But the song sounded close to what I heard.

It was easier than identifying St. Luke!
Posted by Mary Kunz Goldman on April 08, 2014