Presidents in the snow 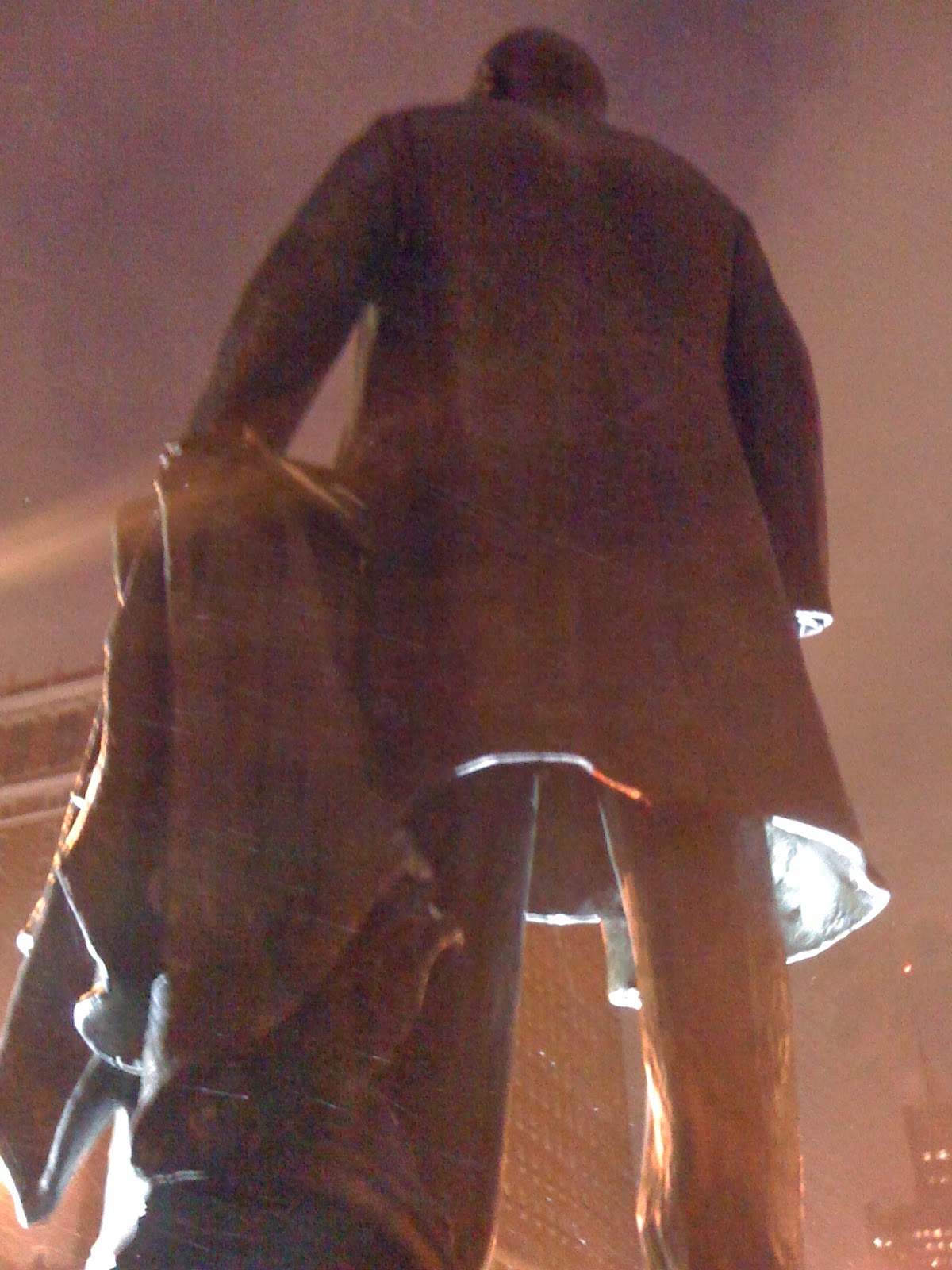 I love a snowy night because everything is so bright and so quiet. And so the other night after work on my way to see Howard playing at the Hyatt I took a stroll around downtown. All day I had been sitting at my desk. It felt good to stretch my legs and move.

Above is our great President Grover Cleveland in front of City Hall.

Easily the coolest picture I have ever taken!

But what is President Cleveland holding, anyway? 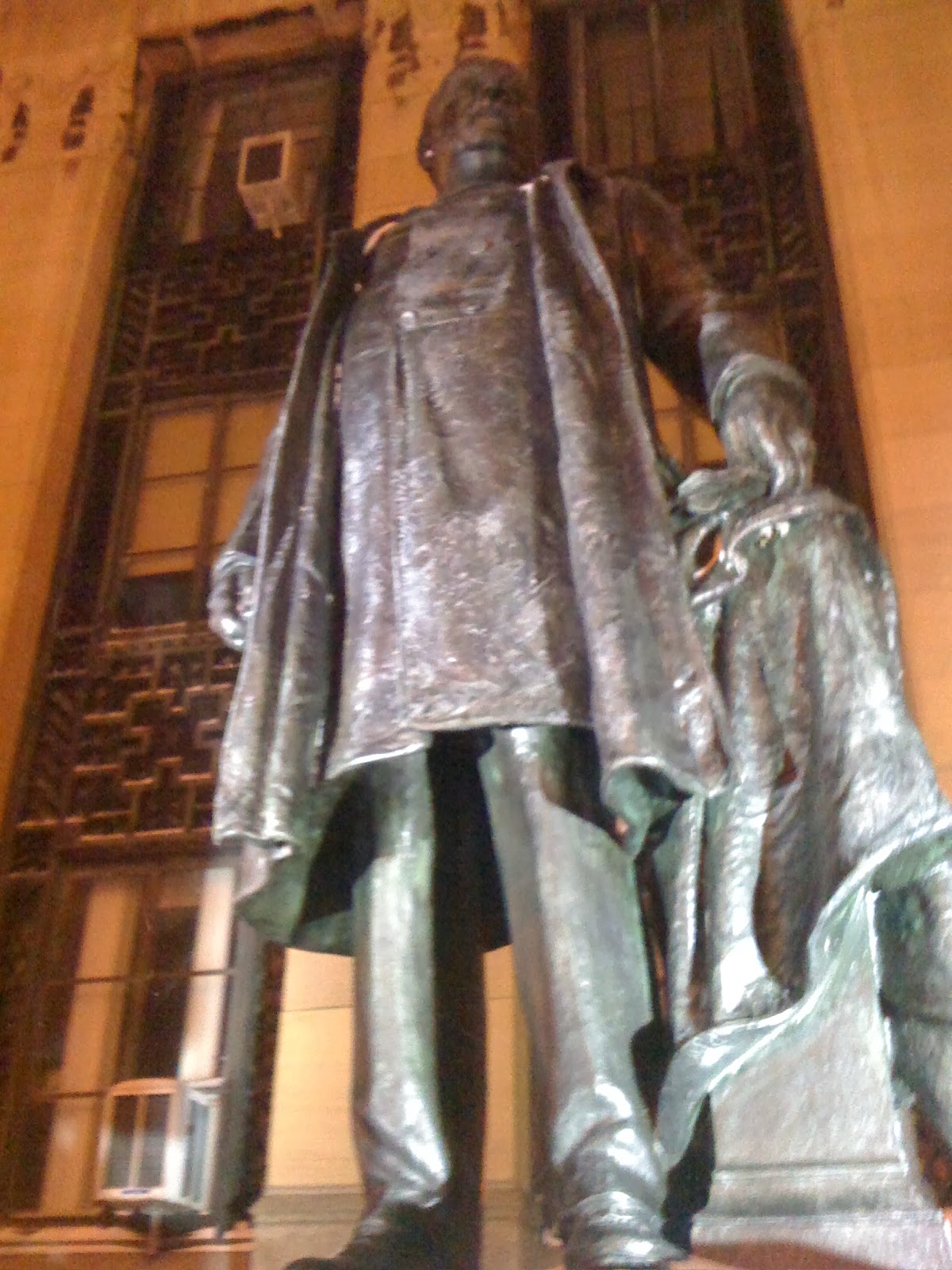 When I was taking the picture I did not think to ponder that because all of a sudden I was on ice. The marble beneath my feet was coated with ice and I did not realize it until I completely lost my balance. For a minute there it was the craziest feeling, the world going this way and that. I felt like Michael Jackson doing the moonwalk! But somehow I regained my equilibrium. Luckily! It would not have been nice to fall on that hard marble and my phone would have been shattered.

As long as I was at City Hall I visited Millard Fillmore too. 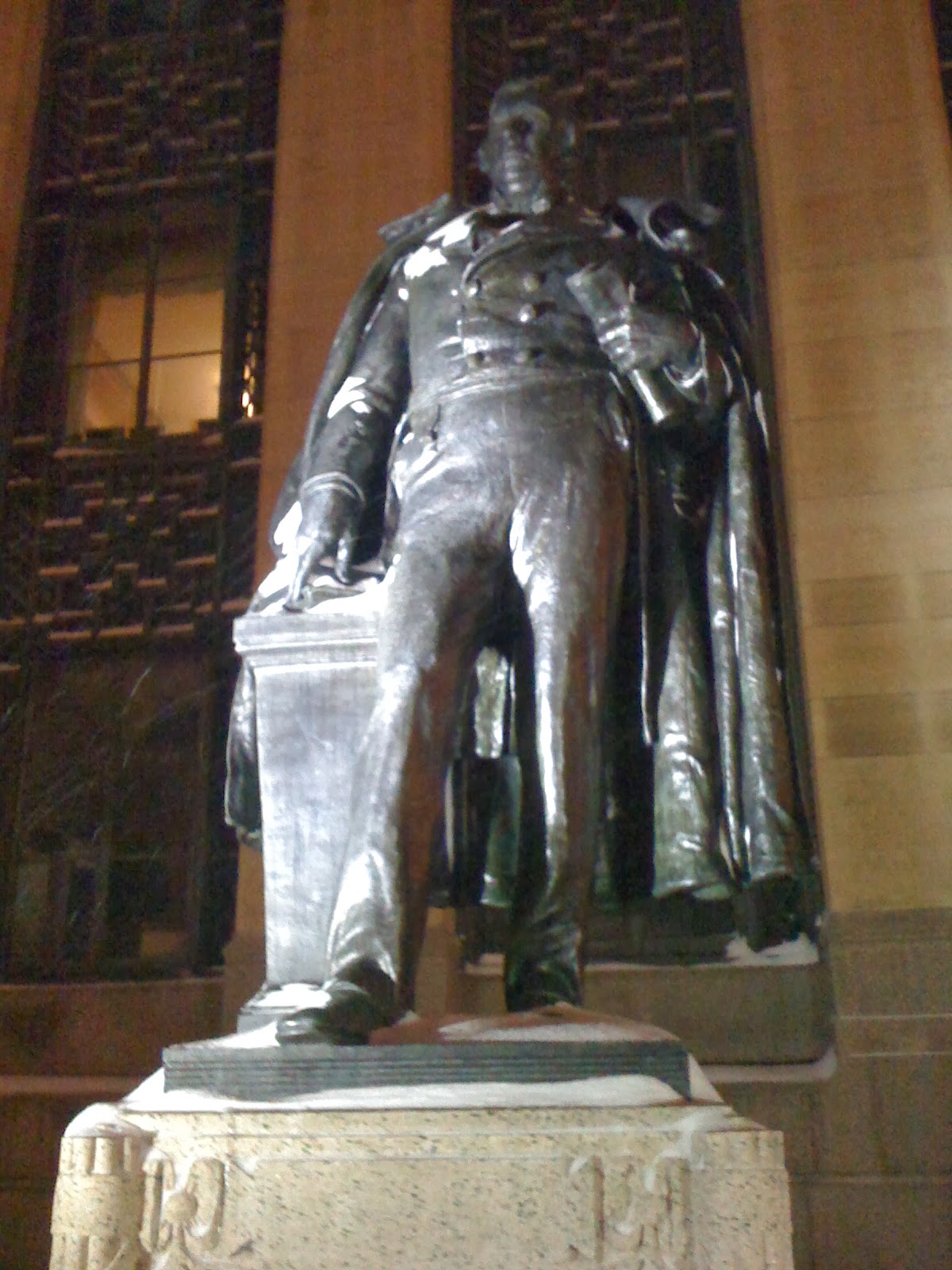 He has such presence with his stentorian, old-fashioned outfit. He is holding a rolled-up document instead of someone else's coat.

One day we will have a statue of Leonard Pennario. Not in front of City Hall. I would not want to try to steal the thunder of our fine presidents.