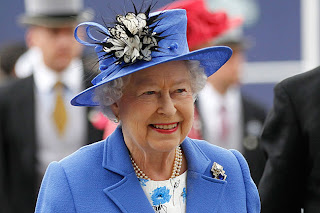 My mother was preoccupied today, as were other people I know including me, with Queen Elizabeth's Jubilee.

It was fun to see all the hats pictured on the Internet in the gossip columns! 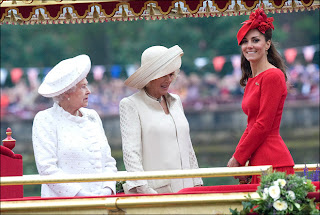 The only trouble was, my mom was worried about Prince Philip who was in the hospital with some kind of infection.

I said: "Oh, Mom, I read that Prince Philip is going to be fine."

Which, I have not exactly read that, I just hope it. But I like to shield my mother from bad news and from worries so I kind of fibbed.

I hope I was right!

We are fans of Prince Philip here at the Leonard Pennario Web log. We like smart stylish old men with opinions.

We ran down Prince Philip's one-liners, remember? They call them gaffes but we call them one-liners.

Then there was that island on which Prince Philip is a god. My friend Stephanie sent me that story.

Among the few things that bother me about the Jubilee, one of the others being the music, is that the Queen must have missed Prince Philip. On the other hand as Howard said, perhaps the Queen was relieved that Philip was not there to open his mouth.

When this is over and done with though I hope Philip is back in the saddle.

Pray that His Royal Highness recovers.