Up with the birdies 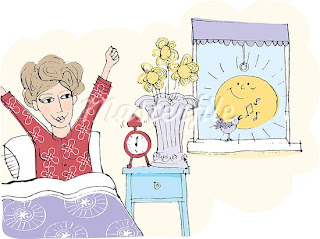 After describing my weird sleep regimen I should report on how it was going. It is going well!

I have been on it for over a week now. I had five nights of going to bed at midnight and getting up at 5 a.m. Then because my sleep time averaged out OK I was allowed to move my wake-up time to 5:15 a.m. You must go to bed at midnight and not before. That means being on your feet because otherwise you fall asleep. Also no alcohol after 9 p.m. Those are the rules!

And I am feeling really good. The only thing is, I think on this regimen you lose a little bit of your reasoning. I am happy and awake and sociable, la la la la la la la. And I have time to concentrate on Leonard Pennario. But I make some weird choices.

For one thing, you should see the paper where I did the computations on whether my percentage of sleep was good enough to move the get-up time from 5 to 5:15. This paper is covered in numbers because I could not do simple addition and multiplication. I mean, I was feeling great, but the mind was just not going.

For another thing, I am embarrassed to admit this but I have Communion Block. I realized this last Sunday.

I had forgotten about this but the Sunday before, but what happened was, I could not open my mouth right for Communion. You are supposed to do it like this... 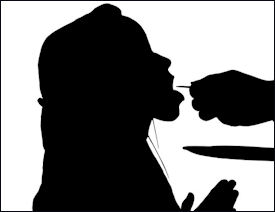 ... but  I must not have stuck my tongue out right or something. As I said this is embarrassing.

I am kneeling there and the priest has just kind of stops.

"Open your mouth," he says.

I was so embarrassed!

I managed it somehow and then I forgot about it. After years of practice I have gotten good at forgetting  the many embarrassing things that happen to me. But suddenly it was next Sunday, I mean this past Sunday.

And the same thing happened!

This time, I was kneeling there and at the last minute I remembered what had happened last week. And it was like not being able to fall asleep or something. I mean, this kind of thing is supposed to be wired into you and you do it unconsciously. If you trip yourself up you worry you will never do it right again. Just the way I sometimes panic and think, "Oh no, I can't fall asleep!" I now thought: "Oh no, I can't open my mouth right for Communion!"

We managed it but there was a delay and a tense moment or two.

Blame it on my sleep regimen.