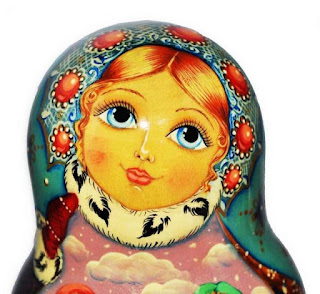 Today in the morning I was a loser and got to Mass late. It is embarrassing to get to Mass late today of all days. Everyone thinks you forgot to set your clock forward and are scrambling.

I remembered to set my clock forward! But I was still scrambling. That is me.

By the time I got to church the Asperges was already going on. Those are the prayers before Mass. Everyone was all silent and I was standing in the back of the church with a couple of daddies and their infants. I said to one of the dads, "I don't want to go in! I am too embarrassed."

He was feeling sorry for me!

Well, later in the day I redeemed myself. Today I made Beef Stroganoff for my mom. She assisted me. While we worked on our Beef Stroganoff we listened to Shostakovich who is one of my mom's favorite composers.

When the Beef Stroganoff was done, we dined listening to Rachmaninoff.

Then I went home and I made another round of Beef Stroganoff for Howard. While I was cooking I decided to listen to a record. I tried to put on a record of "The Merry Widow" I had just gotten at Goodwill.

But it would not play! My record player, I mean the one I was listening to, is from the 1950s and it likes old records. The newer records do not sit so well with it. They skip around.

So as it was skipping around on "The Merry Widow," I thought, I get the hint. There was a record sitting nearby which was Tchaikovsky's First Piano Concerto, with Erich Leinsdorf and Pennario, so I put that on. It boomed forth and I kind of stood there marveling at it, and then I thought:

It is the Beef Stroganoff, requiring Russian music!

My dish, needless to say, turned out really well.

How could it not??

There is no Pennario playing the Tchaikovsky First on YouTube but here is one of many clips of him playing Rachmaninoff.