The belle of St. Mary's 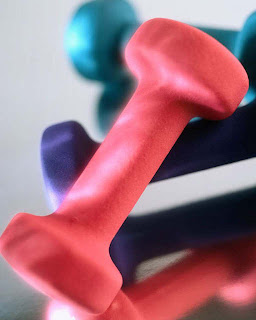 It is fun to think about the dumb things that can brighten your life. One thing I did over the weekend was go to a dinner for St. Mary's High School in Lancaster where I bid in a silent auction and won two gift baskets.

They were so worth my donation!

One had a bottle of wine and three gift cards, one of which is to Wegmans. Wegmans here I come! I can always spend money at supermarkets.

The other was great. It had an exercise mat and two sets of hand weights, three pounds and five pounds. And a big exercise ball which, already I have had Howard blow it up. And it has a snooty water bottle.

It was really funny at the party because there I was  walking around toting this thing. And my arms began to burn! Because I am carrying all these weights.

But the next morning I was so glad to have this basket! I kept going through it and admiring all the things in it, so shiny and new. It felt like Christmas, this basket full of stuff sitting on my coffee table. The basket itself is nice too.

I rolled around with the exercise ball while I listened to Pennario playing the Tchaikovsky First Piano Concerto. Howard's friend Dave van Stone was over and he said the great thing about an exercise ball is it makes you feel silly while you are working out with it so you do not feel the burn so much. Dave is very fit so I take his advice.

And all for a good cause!
Posted by Mary Kunz Goldman on February 13, 2012