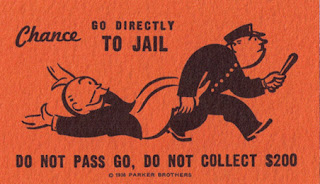 Last night I dreamed I was in jail. What a dream!

The goofy thing was, I did not understand what I had done to get in there. It was some kind of white-collar thing, violating some law or other, and I had not been aware I was violating it. I think this came out of a scrap of interview I heard on the radio yesterday. Someone was saying he was not aware at the time he was breaking the law. And my brain took this and chewed on it. It is funny how your brain does that.

But anyway, back to this jail. It was not unpleasant. There were about four rooms, and a courtyard with picnic tables. It bothered me a little that inside you could not open the windows, but there was some fresh air that came in and besides you could go outside.

This is another thing, outside there was, under a shelter, this unbelievable grand piano. I went over to the piano in my dream and opened the lid over the keys and was going to play something when a guard stopped me.

She gave me the usual, "We don't allow people to play this piano."

"Oh, but please," I said. "I'm good. I play ... Rachmaninoff." I do not know why I said that. I do not play Rachmaninoff. Maybe I was being Leonard Pennario.

"Play something," she said.

All of a sudden I was in trouble. I have gotten to do hardly any playing recently in my life, because I have no time, and I realized there was not something showy I could just call up, out of my head. I felt kind of hopeless but played a few notes from this Brahms piece I do. And the guard -- she was this Asian woman, a funny detail -- smiled.

At that point I got kind of excited. I looked around this jail ... 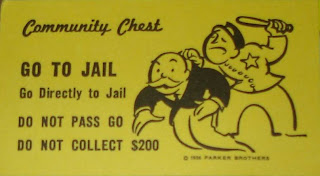 ... and thought, this isn't half bad. It was embarrassing and I was going to have a rap sheet, which sort of upset me, but there was nothing I could do. Also my Tridentine Mass habit was going to be a problem. I was going to be stuck with some annoying English language jailhouse Mass.

But still. There were a few other prisoners but they were not obnoxious or anything. I looked at the picnic tables. I can go there and write, I thought. I can sit there all day. And I can play the piano. I can ask someone to bring in my music. It was night and the piano looked beautiful under the stars. Concertos Under the Stars! 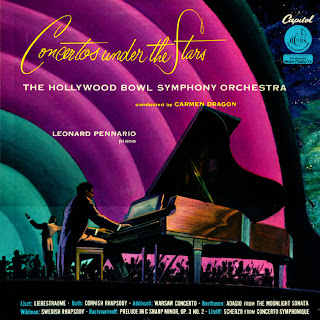 I did have Pennario in my subconscious.

I totally understand this dream now. The thing is, my life these days has been such that I have been getting no work done, not on the piano, not on Pennario, not on anything outside of my actual job. I have had to spend a lot of time with my mom because she is getting over something. And the situation has been frustrating me. When I cannot get in work on the book, especially, it starts to hurt me physically. Because I have been getting kind of close into getting it into some kind of shape and I really do want it complete.

So my mind is exploring these other options. What is encouraging is that the dreams are calm and cheery. The other night I dreamed I was at the office and everyone kept taking my desk and putting me different places and it was impossible to get anything done. I managed to get things set up so I could work anyway. That was one option, find order among the chaos.

Another option is, ahem, jail.

You have to admit, people get things done in jail. You hear about people getting law degrees and writing books. People in jail have time. I do not.

Something in my mind went, click, what if I were in jail and it wasn't even my fault?

Email ThisBlogThis!Share to TwitterShare to FacebookShare to Pinterest
Labels: dreams