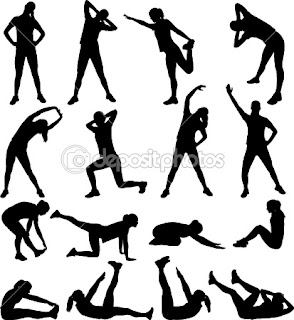 I am thinking of trying a new gym class called "ABC." In addition to Zumba, not replacing it.

Yesterday I was at lunch time Zumba at the downtown, ahem, Buffalo Athletic Club. And when it was over I ran into my Pilates teacher, Jim. Remember Jim? I ran into him at Founding Fathers that time.

For a long time I was not taking his class because it is hard to get away from the office at noon time, partly because I have been so carried away by Zumba. But I have managed to get back to it a few times recently. It is funny because in something like two years absolutely nothing has changed. Except one thing, whereas Jim used to talk a lot about Joseph Pilates now he calls him simply Joseph.

And so am I with my Pilates teacher, Jim.

Yesterday I was in my Zumba outfit which, in yesterday's case, were bright turquoise pants and a black and pink tank top. Jim could not stop laughing at me.

"What is this, Mary?" he was teasing me. "Your shirt says 'Zumba'! And those are Zumba pants! With pockets! Your pants have pockets! What's in the pockets? Credit cards? Do you have a Zumba credit card?" He shoved his hand into one of the pockets. I was giggling like a four-year-old.

But anyway, Jim was telling me about this ABC class. Apparently it is this real challenge which, you know me, as the biographer of Leonard Pennario I have sure demonstrated that I like a challenge. Jim says that by the end of ABC class there is a foot of sweat on the floor. How is that for an image? And he says people are lying around dead.

He does not teach the class. He takes it as a student. Jim is in great shape so for him to call it a challenge is a real compliment. Especially since the class appears to be only a half hour long!

Here is the description of ABC:

“ABC – Absolute Body Conditioning is a class for everyone.  This class will help you tone , tighten and strengthen.  ABC combines traditional sculpt with cardio intervals and athletic drills and uses all types of equipment to maximize your workout and increase your level of fitness.”

I think I will try it.

It sounds too funny not to try!
Posted by Mary Kunz Goldman on September 29, 2011

Email ThisBlogThis!Share to TwitterShare to FacebookShare to Pinterest
Labels: Gym