The usher from the black lagoon 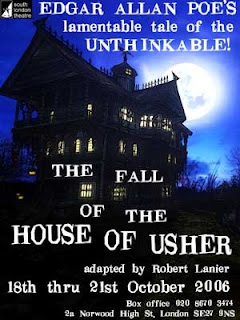 You know that classic type, the grouchy volunteer usher? I just encountered a great specimen.

That is how I am trying to train myself to deal with annoying people. I am trying to think of them as specimens to be studied and savored. The clerk at the supermarket who checks out your purchases without ever meeting your eye. The girl in the locker room at the gym who says "like" seven times in one sentence.

The mean usher, in my extensive experience, is a volunteer, and over the age of 60, and female. They are everywhere, not just at the Philharmonic. One of the worst ones I encountered ever was at Shea's.

I will probably never top the unbelievable specimen I encountered at Artpark two --- aaaaiiiee, three -- years ago, the one who blocked my path and would not let me leave when the music was over. Wow, I cannot believe that was three years ago. Pennario had just died. I had braces on my teeth.

But tonight's usher was a classic all the same.

The Philharmonic was playing Tchaikovsky. My little brother George was with me. We were trying to bring in what I guess was contraband -- i.e., a box of crackers. George had the crackers in a plastic bag along with some leftover pasta with zucchini that he had filched from my fridge.

We were trying to enter the hall from the lawn when an usher blocked our path.

"You can't bring anything in," she said.

I am thinking, come on. Last time I walked in with a bottle of wine and two glasses and nobody stopped me. But you cannot mention that to the ushers. You do not want to antagonize them.

Never antagonize a volunteer! That goes for athletic events as well as for cultural events. They hold the power. Your best bet is to behave.

Luckily for George and me we are old hands at this. We actually enjoy it. We went around to another door and another usher and, dusting off skills we had not used in some years, we walked in.

Upon discussing it later, we realized it cheered us up.

It made us feel alive, to be smuggling something in!

Even if it was just crackers and pasta.
Posted by Mary Kunz Goldman on July 28, 2011