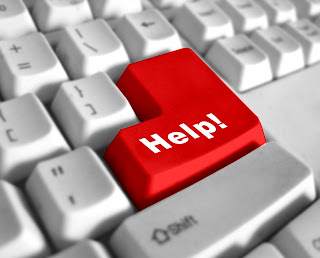 Today at work at The Buffalo News I have to do live chat at noon. This is a first for me! It took me forever to decide what to wear. I will get mocked out no matter what so finally I just settled on a blue sleeveless top. I am also wearing a pink skirt I bought when I was in San Diego with Leonard Pennario. But you will not be able to see the skirt.

One trouble was, I have misplaced both strings of my, ahem, signature pearls. But I have an emergency double-strand string in the Vic's glove compartment so all is not lost.

Anyway. For the live chat I am going to be appearing with our Arts Editor, Jeff Simon. He normally does this chat with Jeff Miers, the pop critic. They go on as the Jeffs. But Jeff Miers is on vacation and so Jeff Simon asked me to do it and I said yes.

If anyone asks a question of me please do not make it one that makes me look stupid, OK?

Ahahahaa... One friend, for my research on Leonard Pennario, sent me a recording of Pennario on live chat in Los Angeles. Well, it was not exactly live chat because this was before the computer, but they had him on the radio, and people called in to ask him questions.

And what happened was, his friends were calling in. You could tell. The very first question, about how many concertos were in his repertoire, I was listening and I said out loud, "Plant! That's a plant."

And Pennario called it! Out loud! He said, "Oh, I recognize that voice. It's Freddy Sheinwold, the bridge master. Hello, Freddy."

Next call, he said, "Oh, that's George, the head of the Santa Monica Symphony. Hello, George."

Ha, ha! Here these people thought they were helping, calling in. And Leonard would not let them remain anonymous.

Dear Leonard. He was the greatest.

Well, with our chat the questions are texted and so I cannot recognize voices.

I will have to recognize typing!

"That must be my brother George. He always misspells Saint-Saens. Hello, George." (I am just joking. George can probably spell Saint-Saens.)

"That must be my husband. He never can get that apostrophe straight. Hello, Howard."

Anyway, the chat starts at noon. Should the spirit move you, you may find it here.
Posted by Mary Kunz Goldman on July 29, 2011

Email ThisBlogThis!Share to TwitterShare to FacebookShare to Pinterest
Labels: Work

Thesis Writing
Thank you for sharing such relevant topic with us. I really love all the great stuff you provide. Thanks again and keep it coming.