A night at the studio 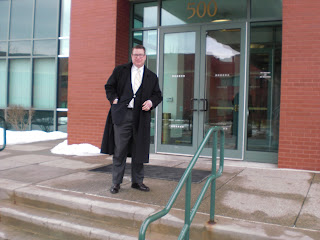 Howard was being interviewed last night at Entercom Radio, WWKB, and so I went with him to the studio as decoration.

The host of the show was late and we had 10 minutes in the lobby so we took pictures. Here is Howard seen through the fish tank. 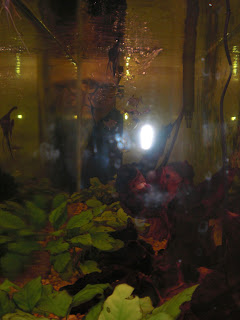 Howard took this picture of me. 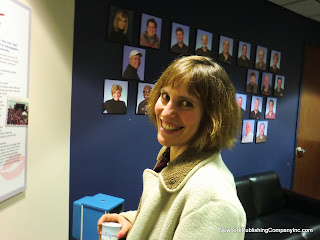 That is better than the picture of me they run in the paper! As I told someone on Facebook it is funny how you take your best pictures when you are just clowning around.

During the interview the interviewer, Brian Rusk, tried to talk to me but all I would talk about was Leonard Pennario so Howard did most of the talking. 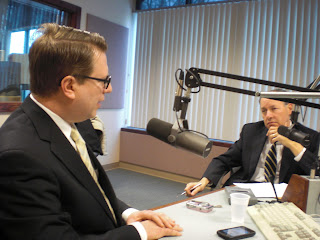 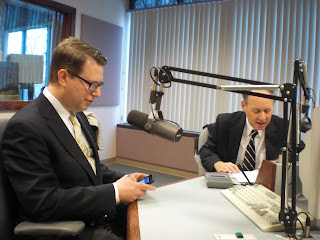 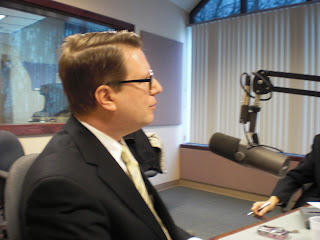 Later we wandered the studio. We visited with George Thomas Apfel, Entercom's head engineer, in his native habitat which is a room full of plugs and wires. 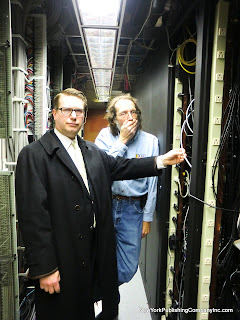 We observed Sandy Beach winding up his afternoon show. 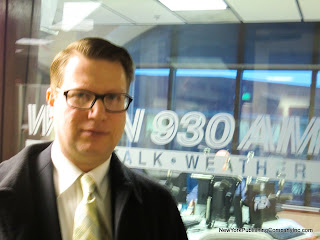 After that we actually got lost! We could not find our way out. The building was one of those vast recently built office park behemoths that do not make sense to the human mind. There were absurd long hallways ... 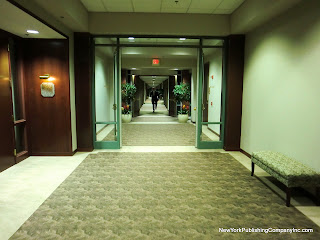 ... and long strings of rooms without windows.

Finally we had to ask directions and even then it took us a while to find our way out. At last we did. We went and ate sushi at Orchid and Kenmore and then we went home and today it is Friday. It is Feb. 18.

It is amazing how fast the year is passing.

But at least it is full of excitement!
Posted by Mary Kunz Goldman on February 18, 2011

Boy, that's even better than my morning interview on WBEN to talk about "Jeopardy" the other day.