The jury is out 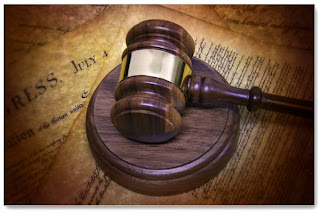 Today ended my jury duty. They gave us certificates and so I have this beautiful and windy certificate declaring that MARY KUNZ GOLDMAN has completed a term of service on a grand jury and has aided the process of justice.

Howard is going to frame my certificate!

The jury is not the Muzzammil Hassan jury! That is one thing to keep in mind. Every time I mention I am on a grand jury everyone asks if it is the Hassan jury.

I called my chiropractor the other day because I had missed an appointment and the receptionist lowered her voice and asked: "Is it the Hassan jury?"

No it is not and I am glad it is not!

Only in Buffalo would we have a guy who beheaded his wife, you know? The media like saying just "murdered" but it was beheaded. Say it, beheaded.

I would rather think about Pennario.

Or Mozart. Today when I got out I thought about Mozart whose birthday it is today. Wouldn't you know it, every time I tuned into the classical station today, at no time were they playing Mozart. On my way to jury they were playing an overture by Fanny Mendelssohn. Nothing against Fanny Mendelssohn because I know she was talented and, I mean, what have I written lately? But this overture was not that good.

Plus, it was Mozart's birthday. Play Mozart!

Time was, the classical station would play all Mozart on Mozart's birthday. Not every selection is good to play at any time. The other night I turned on the radio at rush hour going to my mom's house and they were playing the Requiem. I switched the station then, too. What, did they want me to crash the car?

I want Mozart but not anything too heavy while I am driving the car. A divertimento perhaps. Haha, look at that eggheaded kid playing the clarinet in that clip! He is so cute.

Or why could they not have played this kicky little Gigue, seeing that it was rush hour and I was driving?

I guess I am hard to please.

I will mellow out, now that I am off the jury.
Posted by Mary Kunz Goldman on January 27, 2011