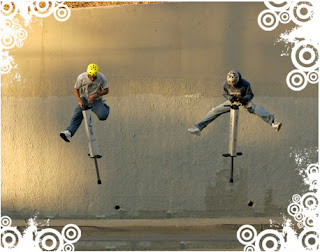 Today at a garage sale I bought something I have been waiting 35 years to buy.

It is a pogo stick!

When I was a kid I was dying for a pogo stick because my best friend, Jean Schneggenburger, had one. My parents did what parents should do in that situation, which was tell me to watch the For Sale ads and garage sales and maybe one would come up. I did that. But no pogo stick ever did come up and finally I grew into my teens and forgot about pogo sticks and no longer talked about wanting one. Problem solved.

But today, a pogo stick presented itself. At first I walked away from the sale with a couple of more sensible purchases but when I got to the car I said to my mom, "You know what, I'm going back."

And I bought this pogo stick. For $4.

What about pianist Ivo Pogorelich? 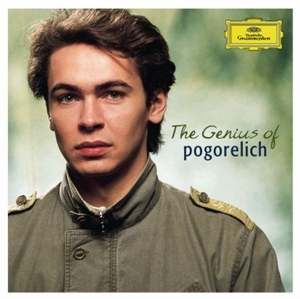 Between you and me and my new pogo stick he was not half the pianist Pennario was.

Anyway, this pogo stick I bought is beautiful. It is a Maverick pogo stick. Howard and I were hopping around on it. That was before we noticed that it is supposed to be for kids. Now we are going to give it to our nephew, George Henry, for Christmas.

He will go bounding around on it and love it! As soon as we hand it to him he will be going at it full blast.

However. My mom and I got to talking and we started laughing about, are kids still allowed to jump around on these things? Without a helmet? The Schneggenburgers, they had eight kids in their family and two pogo sticks, so I would go over and visit her and we would take those two pogo sticks and go jumping up and down Hamilton Drive.

That is probably now verboten.

And sure enough, it is! I was seeing just now: "Always wear a helmet on a pogo stick."

It is a chicken world out there now. There are no pianists like Leonard Pennario plus you have to wear a helmet on a pogo stick.

But still, a nice pogo stick I scored today.

I want to see a picture of you on the pogo stick.. and Howard trying it out wearing a suit!

Bing, I will make sure I post that picture of Howard in a suit on a pogo stick!! You know he will do it!