Prince Albert in the can 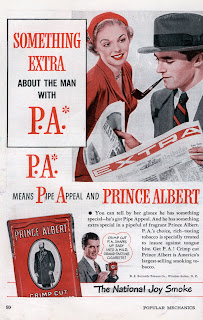 Prince Albert of Monaco is finally getting married. He is 52. As far as bachelorhood goes he outlasted Howard by three years.

He did not exactly inherit the looks of his mother, Leonard Pennario's old flame Grace Kelly.

These royals in Monaco are no bargain, that is for sure. When I was a kid I remember standing in the checkout line at Loblaws, or wherever, with my dad. The tabloids were full of pictures of Princess Stephanie's latest shenanigans. And Princess Caroline, I seem to remember, was no picnic then either. Because my dad was just shaking is head over the whole business and he felt sympathy and, later, empathy for Prince Rainier. "Oh, that Prince Rainier has his hands full," he said. He brooded about his situation.

It is a regrettable situation in Monaco. The Grimaldis used to be this classy, glamorous, Catholic royal family and now look at them. The prince announces his engagement and it appears on Page A3. The princess-to-be is 20 years younger than Albert and she has that predictable Euro-glam look, no surprises there. Prince Albert has already fathered two children out of wedlock. Good going, Highness.

Why can't these people just behave themselves, for the love of God? You are born into this family and not a lot is required of you. It's a tiny kingdom. Nobody cares what it does. All you have to do is behave yourself and you get this life of luxury and influence. And yet Prince Albert of Monaco could not hack it.

I prefer the other Prince Albert. 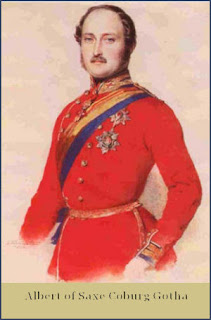 Here is another Prince Albert ad that I like! 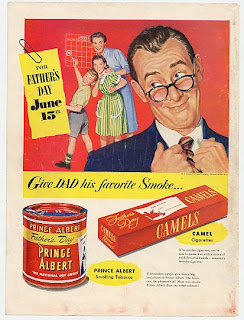 Reading the Associated Press story on Monaco's Prince Albert I am thinking how sick I am of the word "iconic." "She has iconic shoes to fill."

Find a better word, you know?

How about "She has cathartic shoes to fill" ? That creates a whole new picture.

When I was a kid, we used to call up stores on the phone (one like your old timey phone) and ask whoever answered, 'Do you have Prince Albert in a can?', and they would answer, 'Yes'. And we would reply, 'Well, you better let him out before he smothers!.'