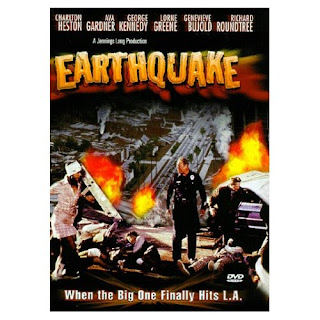 The talk in Buffalo is all about our earthquake yesterday.

Isn't it funny, just three or four days ago I was telling the story of the other earthquake we had here in Buffalo.

As soon as I wrote that, history repeated itself!

When the, ahem, quake hit yesterday I was on my way to the Ellicott Square Building, to the hair salon I frequent there. All these people were gathered out in Main Street and as we do here in Buffalo, I approached them and asked what was going on. The building across the street had been evacuated! They had felt a tremor and were told it was either an earthquake or "an explosion underground."

An explosion underground? That is a possibility I am glad did not pan out.

I heard someone laughing, "What are we going to do, stand here and wait for the building to fall on us?"

After that I go into the Ellicott Square Building and they have felt nothing.

It is news to them that the building across the street has been evacuated. And no one seemed to be very interested or concerned.

It is like when we have those sun showers and it is raining on the one side of the street but not on the other.

Now there have been three earthquakes that have impacted my life. This is one and the last one, the one I wrote about last weekend, was another.

And the third earthquake that affected me happened in California back when Leonard Pennario was living on Wilshire Boulevard in Beverly Hills. It flooded his building and he lost all his papers, all his reviews and stuff, and that is why I am having to dig all these things up.

That earthquake must really have been something.

I am still feeling its aftershock!
Posted by Mary Kunz Goldman on June 24, 2010

Please do not come down here to Hampton Roads (Tidewater) VA and be talking about earthquakes. You might have some mystical power or something, lol.