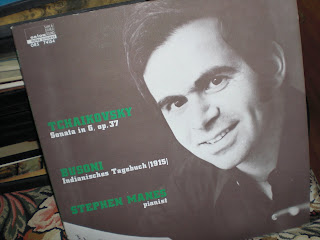 My teacher Stephen Manes is a fantastic pianist and today while I was making the rounds of estate sales with my mom, I scored one of his records. That is it up above! It is of Tchaikovsky and Busoni. Ferruccio Busoni is a name I love. He was a 19th century pianist and the piece by him that Stephen is playing is the Indianisches Tagebuch, or Indian Diary.

Here is part of the back of the album where you may read a few of the plaudits that were heaped upon Stephen and continue to be heaped upon him. I do not consort with second-rate pianists! If I like someone you know that pianist is the real deal. 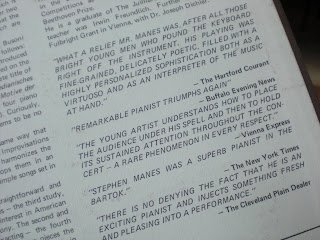 That was a thrill, finding this!

There was also this classic Nonesuch album of Brahms played by Richard Goode. 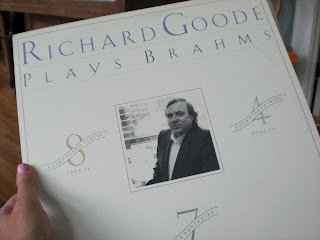 Richard Goode has cool looks. Once in Fredonia after we had heard him play, my friend Michelle and I recognized him in the lobby of the White Inn. Not being shy we floated to his side and said hello and Richard Goode was very nice to us and talked to us in the lobby. That was the same week I talked with Leonard Pennario for the first time. Also the same week I went to my first Latin Mass. That was a very nice week in my life now that I think about it.

I also scored the entire Wagner "Ring" conducted by Sir Georg Solti. That was interesting because just last week Stephen and his wife, Marta, went to the entire "Ring" and loved it and wrote about it on Facebook. Clearly we are all on the same wavelength. 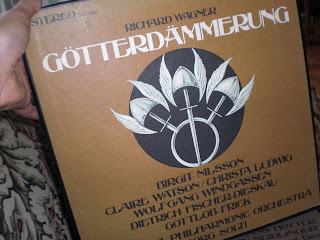 The box set of "Siegfried" in this set had a newspaper clipping inside. That was one thing nice about vinyl, you could store clippings in the jackets and boxes. The clipping was from the 1970s and it was all about how the themes of "Siegfried" are still relevant today.

I love when you find newspaper clippings inside records because then you know the record, and the whole record collection, has been really loved.

Another thing wonderful about records is the artwork and the books. My friend Gary who loves records the way I do says sometimes he buys them just for this purpose. I love to buy operas on vinyl because of the deluxe libretto books and the giant pictures of the singers and conductors. You used to pay big bucks for these things and it was such a treat, opening them and digging in.

I have been thinking recently about Debussy's "Pelleas et Melisande" so I picked up this beautiful set for $2. 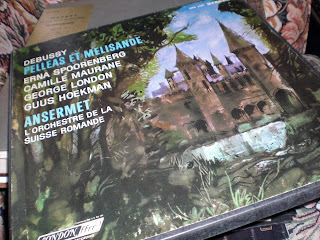 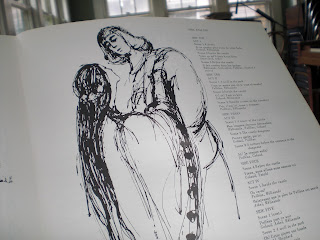 Well, it is time I stopped writing and started listening.