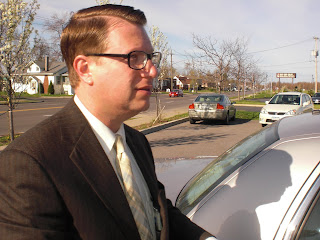 The weekend has been so eventful I have gotten behind with things. I have a few more pictures to share.

From the radio adventure on Saturday: That is Howard up above, heading optimistically into the WECK-AM studio! Here he is opening the door. 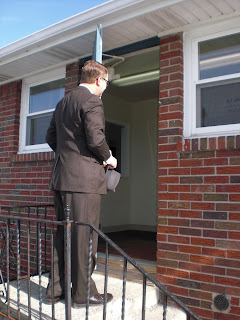 Ha, ha! The un-blogged-about life is not worth living!

Now this is the best. I found a better picture than I posted before of the bald Katrina worker, the one who was interviewed before Howard was. Ha, ha! That guy's head for some reason looks so great with those headphones. 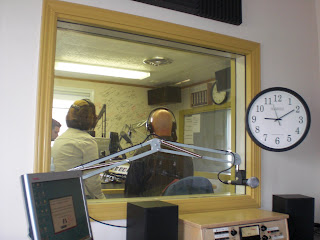 Speaking of which, I never did figure out why it was necessary to wear those headphones, when our turn came. I could hear just fine without them! But I did enjoy wearing them, I will tell you that.

I took this picture of Howard's hat, waiting for him to get through with his interview. 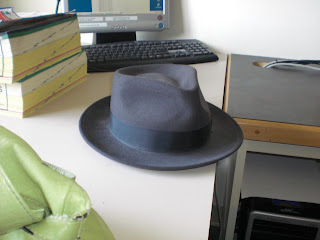 It is significant because oddly enough, the guy being interviewed after Howard was a master hatter. He makes hats! And one of the points WECK was making was men do not wear hats any more. We beg to differ! There are a lot of men who resist wearing hats. Leonard Pennario was one. I have pictures of him in coats and formal attire but no hat.

Still. Here it is 2010 and here was Howard with his hat and on Sunday I went to that estate sale with my friend Bing who also wears hats. 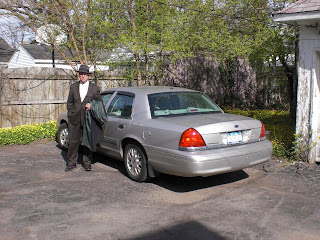 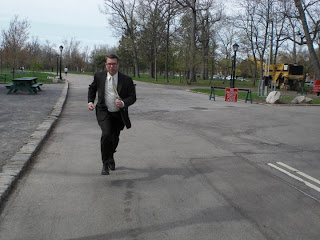 Now it is Monday, zut alors.

I wish I could turn back the clock!
Posted by Mary Kunz Goldman on April 26, 2010

Wow! I did not know Howard could do that! lol
Buffalo is some place!

I beg to differ about men not wearing hats as well. I have a hat addiction, and never leave home without one!

Since I always see pics of Howard in a suit, I was thinking if I could convert him to wearing hats.. I see I do not have to waste my time. hahaha!

The master hatter must have been none other than Gary White... I have several hats from him! He is a Buffalo gem!!

Bing, it was Gary White. The trouble is, they talked to him on the phone, not in person. Bummer, we were hoping to meet him!

Larry, yes, Buffalo can be a mighty strange place!