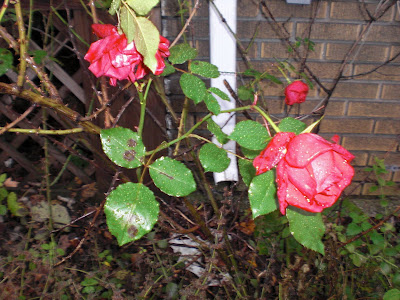 Today Howard and I went to the Orpheus Chamber Orchestra which was playing, no kidding, right next door to us. We walked!

To one of the world's greatest chamber orchestras!

The Orpheus was on its way to Carnegie Hall and it gave a great concert, the greatest kind of concert there is now that Leonard Pennario is no longer with us. The orchestra is playing Carnegie Hall tonight.

At the concert they handed out coupons for free glasses of wine at Kostas. It is high time I went to Kostas since I have not been there for a while. So I am looking forward to that.

Plus, we can walk to Kostas if we want.

Is this a great town or what? We do not have to lift a finger.

Howard and I got talking about other stuff that is great about Buffalo. For one thing today when I got up I had to go to the dentist and I was brushing off my car and I turned on the radio and there was Steve Cichon, whom I know, giving the weather report.

It is great to know the person on the radio!

Then just now we were watching the TV news and there was Don Paul giving the forecast. We know Don Paul! Howard asks Don Paul for the weather on Facebook and Don Paul gives it to him personally and then they discuss it.

Besides Don Paul we saw Lori Schulz and we know her too. She was at Big Blue once.

Plus we know the mayor.

Plus Pennario was one of the greatest pianists ever and because he was from here and came back here to visit I was able to meet him.

To top things off I still have a couple of roses blooming in the back yard.

Those are two of them up above.
Posted by Mary Kunz Goldman on December 04, 2009

If those roses are still blooming at Christmas, consider me sold. I will be on my way!

After a long search on the I-net, I found your blog.

I've had such a hard time finding recordings/CD's, because it appears no one has made re-makes from his old records.


Back when Leonard was 81 years old, he had a friend who maintained a web-site for Leonard's fans; I wrote to him, and got a wonderful e-mail returned from his friend who explained Leonard's current situation; I got a picture - it felt so good after so many years of being a child when I fell in love with his music, to finally 'find' where this wonderful man was living.

I used to live in Laguna Beach; spent a lot of time in LaJolla, so certainly knew Leonard had retired in a wonderful and peaceful place.

I was so saddened when I learned of his death; I've got every CD that I can find, and was wondering if you might steer me to other sources for his works.


So far, I've had to rely upon Amazon.com because so few people seem to remember him when I ask at the music stores.......

Since I can't reach to Leonard, I hope I can reach to you and I want to know when you finish his biography so I can buy a copy of the book.

Right now I'm listening to Leonard 'play' - having accomplished the piano quite nicely myself, I always remember using Leonard as a 'model' - the epitome of what I wanted to be like/sound like.

As his song ends, I'll end my comment and hope to hear from you.