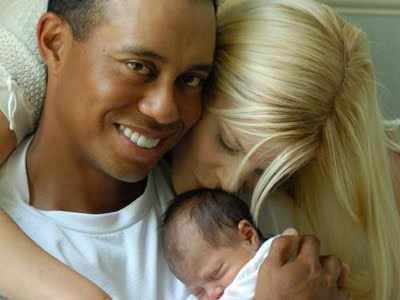 A couple of thoughts on the Tiger Woods situation.

First, isn't it funny, you never know what celebrity will come ricocheting into the spotlight. Last week we would never have foreseen any of this.

Second, and this is the bigger thought:

I say that "few" only because I have to say that listening to Leonard Pennario playing this one Chopin waltz is a big pleasure too! Particularly that middle section, that part that begins at 1:25. When you get up into the realm of the sublime it is hard to pick and choose.

Wow, Pennario nailed that waltz. He got it! I have heard a million pianists play that waltz but nobody like him. That is one reason I went to California, the way he played the middle part of that waltz.

Back to Tiger. He has lost something now and he will never get it back.

There is so much to be said for having nothing to hide. I will tell you this right now, I would never upset the apple cart I have going. When I tell Howard I am going to church, that is where I go. When I say I am at the movies with my mom, that is where I am.

I will hazard that the greatest thing in a spouse is not that person being your mythical "soul mate" or sharing your deepest passions. It is that person honoring those vows by being where he or she is supposed to be. Consistently. No wondering.

Well, sometimes he crosses the parking lot to hear Jocko at the Hyatt. But that is allowed.

It is very freeing just to behave yourself, you know?

Poor Tiger did not realize that.
Posted by Mary Kunz Goldman on December 03, 2009

There is a lot to be said for trust and faithfulness. When I was married in 1967, I took those vows seriously and actually lived them without fail. Then in 1981, I was the last to know that my wife had a lover that was not me, and immediate divorce followed. She is now married to him and I have remained unmarried. Never again will I be hurt like that! Go figure...

About having nothing to hide: We all have skeletons in our closets. An amusing story about this concerns Charles Laughton when he was directing Robert Mitchum in "The Night Of The Hunter". Mitchum retaliated with a nasty prank against someone else in the company who had crossed him. Laughton called him on it and used the skeletons in the closet line I just quoted. Then he told Mitchum that most people try to direct others away from their skeletons, but that Mitchum not only opened his closet door, but he dragged the skeletons out and brandished them. "My dear Bob," he finished, "you must stop brandishing your skeletons!"

This has nothing to do with Tiger woods, but I like the story, and I think it links up with the idea of having nothing to hide. I am not and will never be a saint, I openly admit to my misdeeds and failings, but I assure you that I'm also entirely shameless about them!!