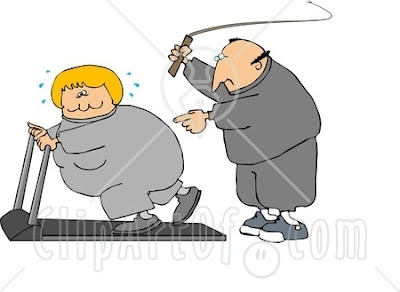 Today I bit the bullet and went to the, ahem, Buffalo Athletic Club after work. I got up onto the elliptical machine. That is the machine I have been using! And who was on the next one but the famous lawyer Leroy Johnson.

Leroy Johnson and I began talking even though I had my Shuffle all loaded up with Leonard Pennario playing the Schumann Fantasy. I have been binging on that recording anyway recently. I should not have been letting myself listen to it again. So I was talking to Leroy and I will tell you this right now, this is the secret to a successful workout. You need to land yourself next to him.

He told me about this unbelievable personal injury case he had just read about. He was looking up some precedent or other and he found this case.

What happened was, some guy was at a graveside funeral service. And he bent over to lay a rose down on the grave.

And he fell into the grave!

I am telling you the truth. And on the way down, if I am remembering this correctly, his ankle caught on the casket and pulled the casket down with him. And the casket opened in the fall! And the body fell out and fell on top of this guy!

So here he is lying in this grave with this body on top of him and the casket on top of both of them!

I am sorry but I just could not stop laughing. I was laughing so hard that the machine got mad and started flashing "PEDAL FASTER." I could not pedal faster. I could not move!

The story ends happily with the guy being awarded half a million dollars for all his pain and humiliation at future family gatherings. "Because the rest of his life, you know that would be all people would talk about." That is what Leroy told me.

I told him, half a million! Wow!

Push me into a grave, someone!

I get humiliated at family gatherings routinely and no one ever compensates me!

With which, I got pedaling again somehow and Leroy kept on telling me stories. And here I had set the machine on a tough fat-burning course and I was dreading these tough interludes, when the resistance would be really high. And because of Leroy I got through these parts without noticing it. I glanced down at the screen and the tough parts were behind me. I could not get over that.

Leroy was also gabbing about that guy down in Virginia who is being executed tonight.

Then the six o'clock TV news came on and showed Brian Davis and Leroy said: "I don't know why he doesn't just resign."

And so the time passed. And passed.

Tomorrow morning I wonder how much lighter I will be!
Posted by Mary Kunz Goldman on November 10, 2009

Wow! Well, I felt a bit better when I read that you were laughing. Why? Because I was laughing so hard I could barely see! lol The really funny part was when the haint fell out on the dude. Really, the 'dude' should have been the one to get sued since he is the one that disrupted things. The greedy slimeball!

Howard, you made me have to go look that up and listen. Good thing I am not a cat, eh? :)

Larry, you and your haints!! You crack me up. So did you go listen to "Superfreak"?

They would be 'haints' to you as well had you been born and raised in Appalachia! Go to Harlan, KY and ask someone what a haint is, lol.

Never heard of "famous" Leroy Johnson, but love the story.

I was crying laughing...I must be sick....I needed to laugh, THANKS...GREAT story. Now I can say my day is complete.

Amy, you make my day!! I'm glad you found that as funny as I did. I have been laughing about that ALL DAY. I told my mom about it and was laughing so hard I could not get the words out. You could not make this stuff up!

Man I had such a crush on Rick in the old days!