"Hold my beer and watch this' 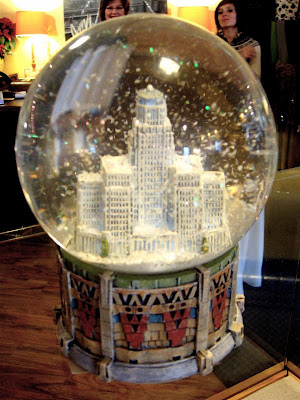 It is coming early to Buffalo this year.

I have no problem with the first snow fall because then the neighborhood grows quiet and I get to cross-country ski and roast chestnuts and eat pomegranates which, we just started doing that tonight. They had a huge table of pomegranates ... 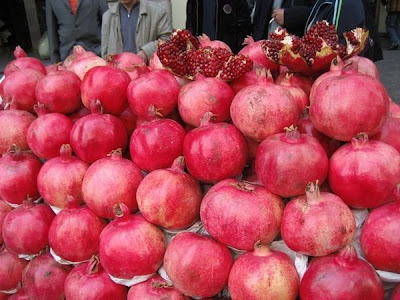 ... at Jubilee! And a big sign over them saying "Pomegranates Are Here!"

This was a joke that reached me in California that I loved.

"Ninety-nine percent of people, when their car veers into an icy ditch, yell @#98#$*!" the joke went. "The other one percent are Buffalonians. They say, 'Hold my beer and watch this.'"

Ha, ha! Leonard Pennario laughed about that too when I told it to him. Because he was born in Buffalo he was allowed.

Last night whatever TV station Howard was watching actually sent a reporter millions of miles so she could go stand in Cattaraugus County and they could film her with this wet lazy snow falling on her.

I hope they at least let her say, "Hold my beer and watch this."
Posted by Mary Kunz Goldman on October 16, 2009

Buffalo is a 'snow lovers' paradise!

Buffalo, snow and Leonard Pennario playing a beautiful Chopin Etude. This is so romantic to me!

To Larry C: The "Winter Wind?"