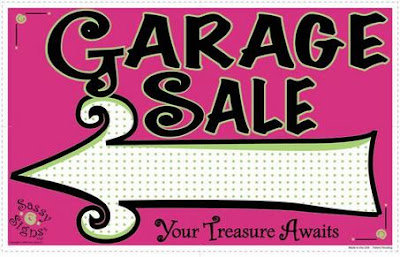 The few, the proud, the people who go garage sale-ing in 90-degree weather! Today I was among them.

My mother and I and my friend Lizzie went to two street sales today.

We were supposed to go to the sale being held by the Sisters of St. Joseph but we were too late because Howard had friends over and they were camped on my living room floor. Long story plus I wound up missing Mass for Assumption which I was hoping to get to. They had a 10 a.m. Latin Mass at my church and everyone was there but me. Me, I was cooking breakfast instead, up to my neck in eggs and flour! But that is a whole other story.

Anyway, we got a late start, because of those people camped in my living room. The Sisters of St. Joseph had already shut up shop, zut alors, even though it was not yet 2 p.m.! Plus, double zut alors, these other women we saw were loading things into the trunk of their car gloating about how great the sale had been and how the last hour had been a bag sale and that was why they had gotten all this wonderful stuff.

Fie on them. Fie!

Fie on the Sisters of St. Joseph! 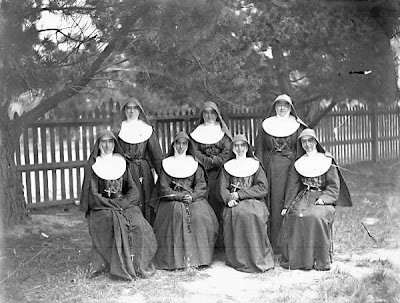 Well, after that the tide turned. We went to one garage sale where I bought four jackets and one dress. They were supposed to be $5 each and I asked if I could have all five for $20 and I was told yes!

My mother overheard and she beamed to me, "I heard you bargaining."

See, I am learning!

I also bought a Joyce Hatto record. It is of her playing Gershwin's "Rhapsody in Blue." Joyce Hatto ... 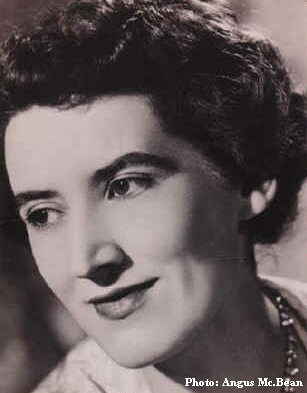 ...was proven to be a fraud. It was a fascinating story. Her husband taken other people's recordings and passed them off as hers. Probably this Gershwin recording was really Leonard Pennario's. I will have to listen and see.

Then we went to another garage sale where I bought a flouncy white skirt and a halter top. Today was my day for clothes!

We kept laughing because it was so ridiculously hot, and here we were schlepping from garage sale to garage sale with the sun beating down on us. I kept thinking I was going to collapse in the road, that was how hot it was.

After that we went back to my mother's house where we ate peaches and my mother decided she did not like the coffee maker after all that she had bought for 75 cents. Lizzie inherited the coffee maker. She is going to put it in her workplace so all her co-workers will love her. Lizzie works in a jail! That will make a very interesting future for that coffee maker.

Later today Howard and I went to Jocko. I was going to wear this one garage sale dress, the dress made out of silk with jewels attached, one of the dresses I bought along with the autographed picture of John Gilbert.

But then I thought I would save that dress for the Philharmonic gala.

These Saturday garage sales have changed my life!
Posted by Mary Kunz Goldman on August 15, 2009