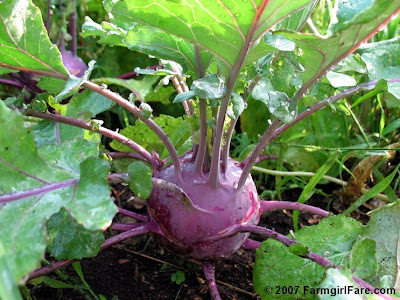 What with all this rain I am going to be getting bad news from the farm. I do the CSA thing. CSA stands for, ahem, Community Supported Agriculture. This is the third summer I have done it.

My farm is Porter Farms and they are in Elba. Ha, ha! Able was I ere I saw Elba! That is what Napoleon said when he was exiled to the island of Elba. It is a palindrome which means it reads the same backward as forward.

Just like in Napoleon's case the news from Elba is usually bad. The farm is always sending me bulletins along with my vegetables.

"You might wonder why you are getting no snow peas," they might write. "That is because our snow peas were all eaten by grubs."

"We are trying our best to recover from the heavy rains," they wrote last week, not quite in those words but I am too lazy to go downstairs and check. They then went on about pumping out the fields and battling bugs and weeds.

I love my CSA. The vegetables are yummy and last week they even threw in two kohlrabi, one of which is pictured above. Every week I look forward to picking up my bag of vegetables.

But do they have to be so honest with me?

It is like my old brokerage account that used to drive me crazy. I had a few CDs that I put into a mutual fund. What a mistake that was. I just am not a gambler! Leonard Pennario and I used to talk about that. He was not a gambler either. Some people are and some people are not. I was thinking of that just now working on my book.

There is that parable Christ tells about how the landowner goes away on a trip and leaves his money with three servants. Two of them invest the money and when the master comes home, they are able to give him his money back with dividends.

The third servant was afraid to invest it and just buries it in a hole in the ground. He gives that speech to the master about, "I know your life is hard and you reap where you did not sow ... So I buried your money in the ground and here it is back."

And the master gets mad and says, cast him out to wail and grind his teeth. That is a line I love and I am always looking for opportunities to use it.

Here is a picture of the third servant being punished. Zut alors! 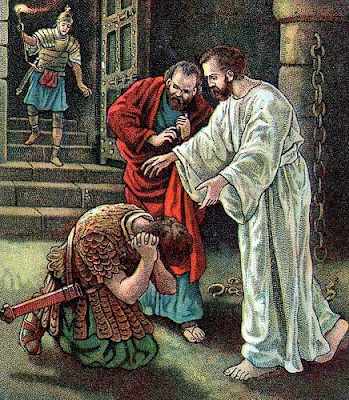 I love how in the background you have the Roman centurion heading downstairs to get in on the action. Not good!

But I have a confession to make: I sympathize with that third servant.

That would be me!

Howard would be one of the first two servants. He is fearless and canny and he would be out there investing and playing the stock market and doubling the money. The master would love him! But I would be the one who was chicken and buried the money in the ground.

It is not fun investing in anything!
Posted by Mary Kunz Goldman on July 23, 2009

A kohlrabi, eh? Glad you said that. I was certain it was going to be a long haired Martian! Mom always said, "Eat your vegetables." but, I never did.

That third servant shares my sentiments but, I doubt that I would have talked to the Master like that!