The birthday that ate my life 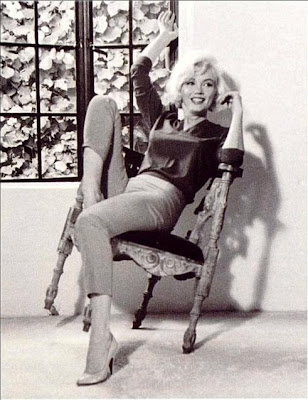 I had the greatest birthday yesterday. Now I can write about it because it is no secret. Howard went and spilled the beans while I was at work and got into my Web log and confided it was my birthday. He also wrote it on Facebook. And everyone left me the most beautiful messages!

A few messages even had "Zut alors" which, you know me, that is one of my favorite phrases, right up there with phrases from operas.

My friend Mark Wozniak from WBFO left a wonderful Polish toast. It is "Sto Lat." It means, "May you live to be 100." The Polish language is so exotic!

And this is the greatest. my friend Michelle posted a video by Leonard Pennario on Facebook in my honor. It was Pennario playing Ravel's Miroirs. What a beautiful birthday piece!

Howard gave me one present at midnight which was a bottle of Canadian Club. We love the square old label. And I had even gotten a present the day before, from my friend Jane. We went out to brunch at Gabriel's Gate and she gave me a ceramic oven dish. I do love my oven dishes and this is a beauty. I am going to try baking bread in it. It is oval and about the size of a bread pan.

Yesterday I went to my mom's and she gave me a bracelet I am wearing right now. It is gold and it looks like out of ancient Rome. And my sister Margie sent me a book called "Coffee with Mozart." It is a long fictional interview with Mozart. There is a series of these books including "Coffee with Groucho" and "Coffee with Michelangelo."

Perhaps I will be called upon to write "Coffee with Leonard Pennario." A most welcome addition to the series!

Then last night Howard took me out for sushi at Wasabi. And then we went to the Chocolate Bar and split this Molten Chocolate Lava Cake or whatever it is that it is called. And cappuccino ice cream! They make their own ice cream at the Chocolate Bar. Piggo, piggere, squeali, gruntus, as we used to say in Latin class at Sacred Heart.

I share my June 1 birthday with a bunch of great people including Marilyn Monroe, above, and the pianist Richard Goode. I think I told Richard Goode that we had the same birthday.

Religious biggies are also born on June 1. Father Marquette, the Jesuit priest martyred by the Indians, has the same birthday as I do. And so does Brigham Young. Brigham Young University has a music scholarship named for Leonard Pennario. I was startled to find that out. I do not know how that scholarship ended up named after him and he had no idea either. But whatever, when my book is published, BYU will be getting a phone call from me about marketing it there. That is for sure!

Zut alors, so much to write about, so little time. I have to get some work done today to make up for my lost time yesterday. That is a picture of Marilyn Monroe in the picture up above. But yesterday, it could just as easily have been me.

That was how great a birthday I had!
Posted by Mary Kunz Goldman on June 02, 2009

Wow! What a fantastic birthday you had! I am so glad it was a great day. You deserve it!

Just wondering why it was supposed to be a sectet though...

Having birthdays is a glorious thing!

Belated Happy Birthday my friend. You had a fablous one. Hugs