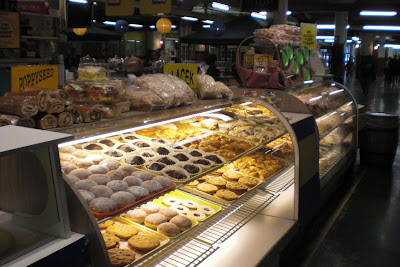 This is embarrassing to admit but at the moment I, um, have no credit card.

Remember my Macy's card, the problems I had with it? Well, what happened was that finally I lost it. The card, I mean. Not my wits! But it was a close contest there for a while. The last purchase I made with the card -- it is documented -- was at the Broadway Market, at Lewandowski Produce. I bought Howard a big jar of honey which is why I trotted out my credit card. It was basswood honey! It is delicious I have to say.

I thought back and I remembered joking around with the Lewandowski folks as I signed my receipt, and struggling with my bags and my jar of honey, and I thought: OK, maybe I dropped my card, or something?

Above is a file photo I took on that fateful day. It is not strictly of Lewandowski's but it gives out-of-town Leonard Pennario fans an idea of the Broadway Market where I shop all the time.

About three days after that trip was when I realized my card was missing. So I decided to call Lewandowski's and ask them if they have seen it. Now this is funny. I find Lewandowski and Associates in the phone book and I call. And this woman answers. And I go through this big polite and nice spiel about how I was at Lewandowski's in the Broadway Market etc., and I may have left my credit card there.

Then this woman says in this stuck-up vanilla voice: "I have no idea what you are talking about."

I said, "Well, I was at Lewandowski's in the Broadway Market and ..."

She said, "Your story makes no sense to me."

A thought struck me. "Is this Lewandowski's in the Broadway Market?"

She said reprovingly: "No, we are a law office."

Ha, ha! It took her that long to articulate that! She could not just say, "I'm sorry, you have the wrong Lewandowski."

What about Senior Law Judge David Lewandowski? His offices are in the Statler. 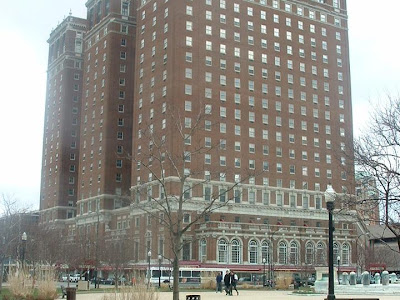 What about Wanda Landowska? 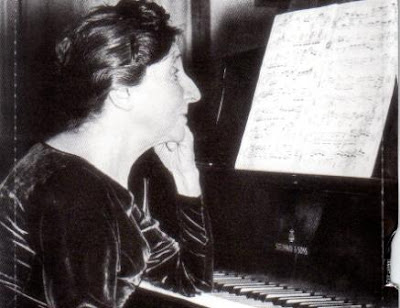 But then I thought, you know what, it won't be there.

Then I thought: I am sick of that credit card anyway. This is God telling me to get rid of my Macy's card the way Leonard Pennario got rid of his. I remember congratulating Pennario on having junked his Macy's Visa card. I told him I was going to do the same thing.

So I finally did. I called that Macy's card system and there it was, all this crud that had irritated me -- and Pennario -- in the past. The crummy hold music they play at you. The robot telling you: "OK." The recorded barrage of Spanish you have to sit through. I was sitting there smiling, thinking: This is the last time I have to hear this!

Naturally when they found I wanted to cancel my card they tried to talk me out of it.

"We will give you half off your next purchase at Macy's if you keep your card," the woman told me.

I said: "I never go into that store."

Offer me half off my next purchase at St Vincent de Paul's and maybe we can talk! But they did not.

So now, no credit card.

"How freeing!" Howard says. But it is disorienting. I have not been without a credit card since I was in my 20s and my brother George and I went to California to hear the Grateful Dead and ran out of money and our leftist aunt in Santa Rosa told us, "In Ronald Reagan's America you need a credit card."

That is how long it has been!
Posted by Mary Kunz Goldman on February 27, 2009

Ned Rorem, in his memoir "Knowing When To Stop" tells of his meeting her. She said "Grab my hair and pull." Puzzled, he did so. Then she said "Now don't go around telling people I wear a wig."

I have no explanation for this. He did think her playing was wonderful. He was right.

I hope you got that card cancelled before anybody ELSE found it for you!!!!

The CW (common wisdon) used to be that credit cards were a tool for helping build a credit history, much like buying a new car with a bank loan. After a certain point though, many folks realize how ensnared they can become by virtue of their own impulses and as witnessed by their monthly statements.

I wonder how many people are giving up the use of credit cards for Lent.

that makes nice easy reading, but you're nuts not to have a card. it's
impossible. tell me when you're ready to reapply

I think it would be even better to have no credit. Then no one can steal your identity.

Advice for people starting out: Save all your money for the first 10 years and starve. Then pay cash for everything. Without interest, you will wind up owning three times as much stuff.

I am with George...its pretty tough to make any airline reservations or hotel reservations without a credit card. I suppose you could go to the airport and shop the counters and pay cash? Or maybe you could use a debit card? But then you would really have to keep track of things or you would be bouncing checks.