Adventure among the prickly plants 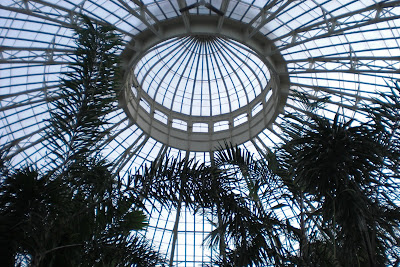 Lastnight I went to the Karpeles Manuscript Library, to hear the singing group Vocalis. Note to out-of-towners: Our manuscript museum could eat your manuscript museum. That is how important it is. You would not believe Mr. Karpeles' collection. He has museums in seven or eight cities and the manuscripts rotate among them. Buffalo is the only city with not only one Karpeles museum, but two. One was not good enough for us.

Mr. Karpeles owns the Bill of Rights, Einstein's Theory of Relativity, Beethoven's "Emperor" Concerto, Mozart's "The Marriage of Figaro," three Wagner operas including "Lohengrin" (including, in turn, the famous Bridal Chorus), the Gutenberg Bible, the original Roget's Thesaurus and Webster's Dictionary, and a some kind of French IOU signed by Benjamin Franklin that I walked past lastnight, cup of spiced wine in hand, without even thinking. I have a feeling I also walked past the Emancipation Proclamation. And this is the best: We not only have Handel's "Messiah," but having it in Handel's handwriting was not good enough for us. We have it in Beethoven's handwriting! Beethoven copied out "Messiah" so he could learn from it and Mr. Karpeles was able to nail it.

How about that? There was nothing that I could see signed by Leonard Pennario but you have to start somewhere and I would say that Mr. Karpeles is off to a good start.

Speaking of which my friend Jane and I did not get off to a good start when we went to Lackawanna yesterday to make wreaths at the Buffalo and Erie County Botanical Gardens. As soon as we walked into the Botanical Gardens we became completely disoriented and finding our class was out of the question. Above is a picture I took when we were in the midst of our wandering.

Note to out-of-towners: Our conservatory could eat your conservatory. That is how big it is. Here is a picture of Jane when when we were lost in Begonia House No. 6. 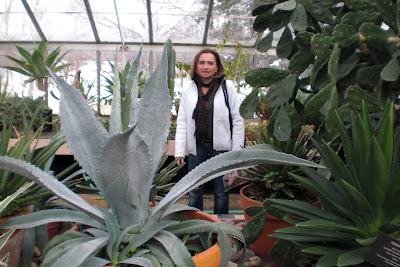 But all ended well because No. 1 we got to walk through the Botanical Gardens without paying, examining exotic and prickly plants like this: 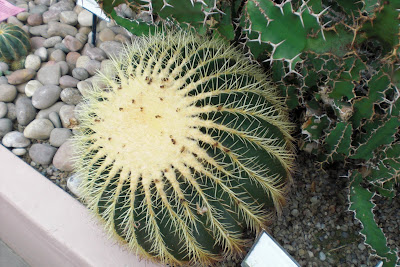 And No. 2 we wound up meeting no less than the czar of all the gardens, whose name is James Filk, and he shepherded us personally to the class, which was in the garage. And first he let us come with him while he fed the big fat goldfish in the koi pond.

I asked Mr. Filk if I could take his picture for my blog and he said yes. 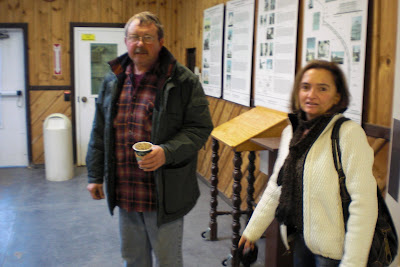 Making a wreath was more stressful and complicated than I had imagined it would be. Writing the story of Leonard Pennario is a cinch next to making a wreath, I will say that. But at least my wreath was nice and not kitschy like this one at the Botanical Gardens. I should have taken Mr. Filk to task for this one. 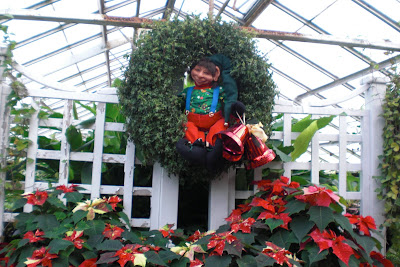 While we worked there was heavy conversation about the significance of the wreath, how it reminds us at Christmas time that God has no beginning and no end. Sicut erat in principio, et nunc et semper, et in saecula saeculorum. That is a beautiful line you learn very fast going to the Latin Mass. It means "As it was in the beginning, is now and ever shall be, world without end." Amen!

Here is Jane hard at work on her wreath while we spoke of such things. 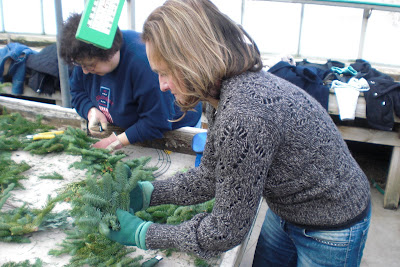 Observe that mechanism hanging from the ceiling in front of her. It kept clunking her on the head while she worked.

Here is a picture I took this morning of my wreath on my door. It is blurry because I was in the snow in my slippers. 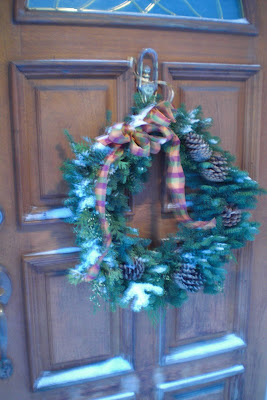 The sky is beautiful this morning so I took a picture of that too. 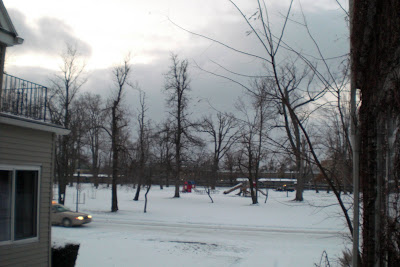