Your ride is here 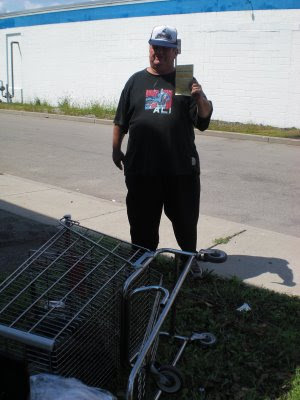 God's wounds! The papers are late this morning and we are operating in a vacuum. I like that expression, "God's wounds." It was popular in the Middle Ages and now I am bringing it back. When I was in California with Leonard Pennario I got out of the habit of using four-letter words because he was so courtly with me and now I do not want to slide back.

The good side of the paper being late is Howard and I got to reread the story on yesterday's city page about Designated Drivers of Buffalo, the service that picks you up at a party when you have had a few drinks and drives you home in your own car.

We would like to announce our own competing service. It will be a lot cheaper than the service we read about in the paper. I am going to spend all day today working on the book so first I will let myself take time out to describe this brainstorm we have had.

We are calling our service "The Grim Reaper." The slogan is: "We Take You Home." We could also use: "The Party's Over." One or the other or both.

Here is how it would work. We hire Howard's cousin Ron Moss, pictured above. Moss does what the Designated Drivers of Buffalo do ... he picks you up at the bar or party or wherever, and drives you home in your car. But there are a few differences in our service. 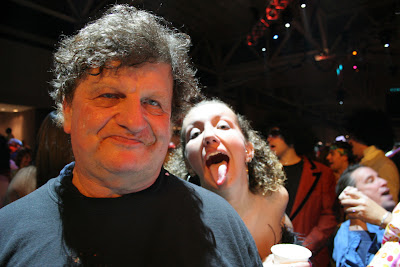 "Designated Reaper" Ron Moss is all business.
"When the going gets drunk - the drunk get going."
No. 1, Moss's uniform is a black hood. No. 2, when he shows up at the party or bar to pick you up, he gets to socialize for a while. And No. 3, you might not have necessarily ordered him. Your spouse could have ordered him, or your significant other if you are gay, or your dad, or whoever. In that case Moss would have been furnished with a duplicate set of keys to your car. If you put up resistance, he would announce: "Well, your car is going home. Are you going with it?" 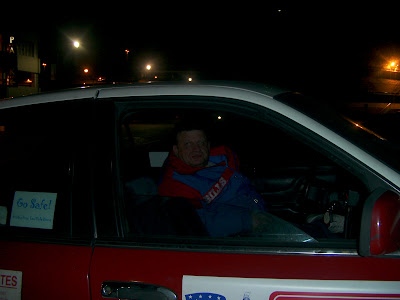 With the Grim Reaper, you CAN go home again.
In your car, Moss would settle in as he always does, right arm across the back of the seat, sinking visibly into the vehicle, which would be wheezing and squeaking in protest. "This an automatic?" he would ask. "How much did you pay for this thing?"

You would get a still cheaper rate if you let him siphon gas out of your car, or trade batteries, or tires.

But he would have to detour to do that, because he would not be followed by another vehicle. When you got home, he would go in with you. "I don't have a ride. Got a cup of coffee?" 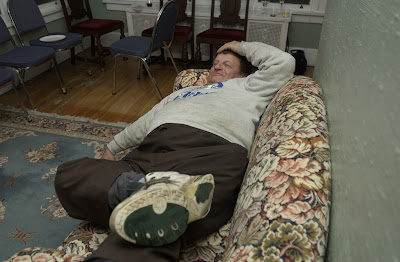 Moss waits at your house until the next gig.
It would be up to you to get him to his next gig. "You can take me there," Moss would say. "You're not as bad as when I picked you up." Or, better still, there could be someone in your household -- a wife, or a teenage daughter, who could drive him off into the night.

If you or someone else can't drive him, that's OK, because Moss could always take your car without you to the next gig. In that case you would pick your car up there the next day. Well, you got to be driven home in the comfort of your own car! You didn't have to ride in a cab. What are you complaining about?

Moss would carry with him a magnetic sign that would affix to the side of your car, reading: "The Grim Reaper" and the phone number. So your car would become, temporarily, the company vehicle. He would also carry signs advertising the service that he would install on your front lawn, so your neighbors would know how you got home. You know how roofers and painters do that, they stick the sign on your lawn to advertise that they were there? That is how this would work.

"I'll be back in a couple of weeks to pick it up," Moss would tell you.

Note to out-of-towners: This service would work because Buffalo is a cheap city. We like our deals, here in Buffalo.

I have illustrated this post with file art from elsewhere on the blog. You will have to check back later because the art department has promised new pictures before the day is done. He will leave the top picture the same because we love that picture but he will add others.

It is the yin and the yang. It is Mozart and Salieri. It is Beauty and the Beast.

It is your ride home from the party!
Posted by Mary Kunz Goldman on December 08, 2008

I write some of my best stuff when I really have no time and should urgently be doing something else.
Clearly, so do you.

—used as a mild oath