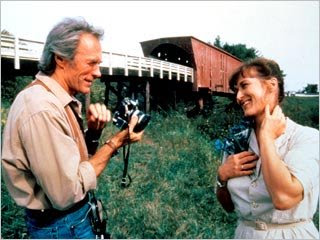 We have not talked for a while about Howard and steak. It is time to revisit this subplot in my life.

Lastnight I was cooking dinner for my mom so I ran to Budwey's first and I got sirloin steak. My mom loves beef. I did up the beef according to a recipe in Martha Stewart Everyday Food, with red wine sauce.

The recipe was actually for something called Flat Iron Steak but that is one of those mythical cuts magazines refer to that you cannot actually find anywhere. Like skirt steak and flank steak. Has anyone out there ever seen those in your life? Well, steaks are pretty much steaks and I was careful with this sirloin. And it turned out beautifully. And there was much rejoicing.

Then I got home and I had saved a third of the steak for Howard so I cooked it up for him. Rare, the way he likes it.

But I forgot, I cannot cook steaks for Howard! First he asked me where I got it. "Budwey's," I said.

Then he tried to be nice about it. "I can see that preparation went into this," he said. "I can't imagine anyone else putting this kind of preparation into a supermarket steak."

Then I hear it all over again about it is not like E.B. Green's and I have to find out where E.B. Green's and the Chophouse get their steaks. Go back to start! I mean, Howard liked it. He ate it. He was not unkind. But ... but ...

I cooked dinner for Leonard Pennario once in California. I made him pot roast. Pennario praised me half to death. You should have seen the look on his face. Totally like Clint Eastwood in "The Bridges of Madison County," when Meryl Streep makes him that home-cooked meal. I loved that look.

That is the kind of look I want from Howard!

I guess I will have to go find where the Chophouse gets its steaks.
Posted by Mary Kunz Goldman on November 07, 2008

Howard is one lucky man! He would really hate being married to me! I dont even go to the supermarket, let alone cook for my poor hub.

I remember flank steak and round steak (round steak was sort of 2nd class stuff) from my boyhood, but that was years ago...