The prince is giving a ball 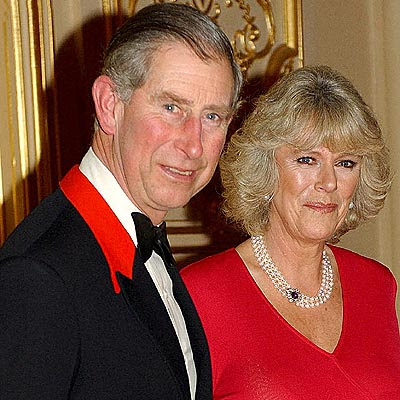 Today the Leonard Pennario blog takes a break to say Happy Birthday to Prince Charles. Or, more appropriately, "For He's a Jolly Good Fellow." Isn't that what they sing in England? Prince Charles turns 60 today.

I feel sorry for Prince Charles. He has always been such a big, slow target. Everyone liked Diana because she looked good on TV, and Charles inevitably suffered in comparison. When I was about 22 I spent about three months in England and noticed right away that he had a nonstop public relations problem. He had just given a speech to a convention of lumberjacks in some God-forsaken corner of Britain. He had said something about the beauty of nature. And the tabloids were all having at him.

I'm thinking, come on! All the guy did was say was that the countryside looked beautiful, he felt in the presence of God, something like that.

But if the media are going to kill someone, they are going to kill him. We have certainly seen that in this country. By the way, I wonder if it is stretching things to say that Charles is chafing to be on the throne. Isn't that a lot to assume? I think he might be just as happy to stay the Prince of Wales the rest of his life. There is a comfort in that, in not being in the driver's seat.

Charles' wife, Camilla, is throwing a party for him featuring Rod Stewart. That bugs me for two reasons: One, I was not invited. Those great, dirty Rod Stewart ballads! And two, I always thought Charles liked the kind of music I did. Remember how he used to drag Diana, who would be kvetching and moaning, to Covent Garden? So though I have a soft spot for old Rod Stewart, I am disappointed Charles did not ask for a fine pianist instead. Who do they have over in England? Alfred Brendel -- doesn't he live there? Stephen Hough. No one on the level of Leonard Pennario but ... oh, wait. Maybe I have it figured out. It must be that, Pennario being unavailable, Charles decided to pitch the piano idea and settle for rock instead.

That is a situation that has always fascinated me. Charles and Camilla fell in love when they were teenagers but for some byzantine reason they couldn't marry each other. My piano teacher, Stephen, he told me it was because Camilla was not a virgin. Stephen is wise and knows all kinds of things that I do not.

What a story that is, when you think about it! In a way it is even more dramatic than Edward and Mrs. Simpson. If you ask me it deserves better than Rod Stewart's "Tonight's The Night."

It deserves this.
Posted by Mary Kunz Goldman on November 14, 2008