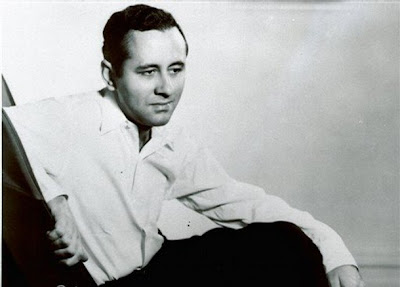 Yesterday I was going for a walk at lunchtime with my friend Melinda and we got to the Main Place Mall and lo, we beheld Gino and Joe's.

"Look, there's one business in the mall that isn't failing," I said. "Gino and Joe's, making us fat for over 20 years."

With which both of us knew what had to be done. We had to get a piece of pizza at Gino and Joe's. We just had to! And it was wonderful. Crispy crust, piled with peppers and chicken. Gino and Joe's could make even that weird variety taste good. Plus the guy behind the counter gave us an extra piece of normal cheese pizza, free, to split. "It's on the house," he said.

He growled that -- you would think if someone is giving you a freebie he would do it with a smile. But so what? It tasted good anyway.

But wow, an hour and a half later I regretted eating that pizza. I was knocked out! Honest, I was sitting at my desk in a coma.

I am always more or less on the South Beach Diet and it has taught me to avoid white bread and white pasta. I don't think about it much -- I just automatically cook with brown rice and whole wheat pasta. But when you eat that white pasta or white bread, you feel it. I can not do that again!

And I was enjoying the story I was working on, too. It is about this metal band, the Trans-Siberian Orchestra. (Warning: Turn your speaker down before clicking that link.) They are playing Christmas shows at huge arenas around the country. I talked to two band members and they are so wacky and sincere, I am getting such a kick out of writing about them.

One guy I talked to is Robert Kinkel, the keyboard player. He was inducted into the Buffalo Music Hall of Fame last year along with Leonard Pennario. Kinkel did not make it to the ceremony. Too black bad for him! Because that was the night I met Pennario. If Kinkel had shown up, who knows, I might have written a book about him!

That could have been Kinkel and not Pennario I sat around with late that night, listening to Jackie Jocko.

Kinkel's picture, and not Pennario's, might have appeared at the top of this blog entry.

That could have been Kinkel's decorator I was visiting yesterday, not Pennario's!

Well, I am glad things turned out the way they did.

Time now to run out into the rain.
Posted by Mary Kunz Goldman on November 13, 2008

Here's where the tiresome pedant in me takes over:

The Blue Danube arrangement on the Pennario link is by Adolf Schulz-Evler (1852 - 1905, probably died trying to play it). Back in the 78 rpm days, Josef Lhevinne made a classic recording of it. Closer to our time, both Jorge Bolet and Earl Wild recorded it. Years ago, an acquaintance of mine gave me a copy of the score with the comment "When I showed it to Yvar Mikashoff, he said that you need to have a perfect mechanism to play it." I'm an amateur player and I look at it only when I want to burst into hysterical tears of despair. The Pennario recording exhibits elegant playing and stunning tonal control.