From the Artistic Executor's desk 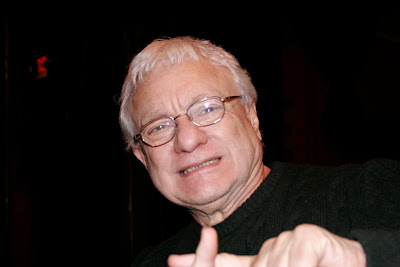 This morning I was excited to get an email from an old friend of Guy Boleri, the cabaret pianist I am honored to number among my friends. You remember Guy. He is the pianist who plays at the Buffalo Club, wears Winnie the Pooh shirts and comments in loud stage whispers at classical concerts on how Beethoven would be great music to make love to. 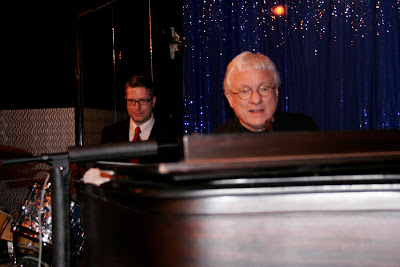 As would be expected, Guy Boleri's old friend has a wonderful name, Derek Lamar. Actually it is Dr. Derek Lamar, Q.R.I. I wonder what Q.R.I. stands for but all I can think is it must be Queen's something-or-other. Queen's Royal something or other. Now all I am missing is the "I." I will have to email Dr. Lamar back and ask what that "I" stands for.

Guy's friend tells me that he know Guy from years ago in Beverly Hills. He said Guy had a shop on Melrose Avenue called GEBO's. Apparently that was Guy's nickname, GEBO. They arrived at it because the French pronounce Guy "Ghee" and the "Bo" stood for Boleri.

Next time I see Guy I am going to call him "Gebo."

I was thinking how things have improved since I allowed my social life to be taken over by venerable Sicilian pianists who were born in Buffalo and wound up in Beverly Hills. That is one thing that has been handed me in life and it has been a blessing.

While I was in California last winter with Leonard Pennario, my friend Gary Marino was busy back home recording Guy Boleri's piano playing. It was a long project for Gary that went on forever and he and I sent each other emails almost on a daily basis detailing the mountainous challenges of dealing with our respective Sicilians. We would give each other advice based on our individual experiences. One day our emails will be published as a book all on its own. It would be a best seller. I am sure of it. 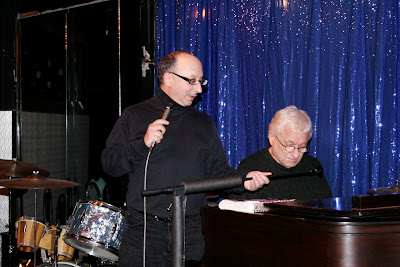 Gary (left) and Guy working things up in the Blue Room at Big Blue.

Speaking of Leonard Pennario, yesterday I ran across a long article about the conductor Jascha Horenstein. Pennario had a hilarious run-in with him once, as only Pennario could, when they played together in Italy. That is what made me notice the story.

The story on Horenstein was written by a man identified as Horenstein's "artistic executor."

What a title! Does that make me Pennario's artistic executor? All I can think is that it does.

Does it mean that Gary is Guy Boleri's artist executor? It must!

I will tell Derek Lamar that. I will tell him he will need to contact Gebo through Gebo's artistic executor.
Posted by Mary Kunz Goldman on September 03, 2008

Does the famous Buffalo Blovitor give drum lessons?

Howard plays percussion???
Another bonus point for him!

Is it any easier to get a gig playing drums when you own the house? :-) I'll bet the drinks come along a little more quickly.

And I still didn't get asked back!

Hey Mary... that's Q.M.I. which stands for Quantum Metaphysics Institute. But the website is QM21.com which is QM for the 21st century. There's a mouthful... set that to music. I used to write music but even I am not going to try and get that into a song. But I did write a song once called "The Apocrypha of the 20th Century". Guy is a great guy... what can I say? LOL But seriously... so glad to get back in touch with him after 30 years and get to meet you too! (((HUGS))) fade out with Sentimental Journey... or Mystical Journey as found on my website.