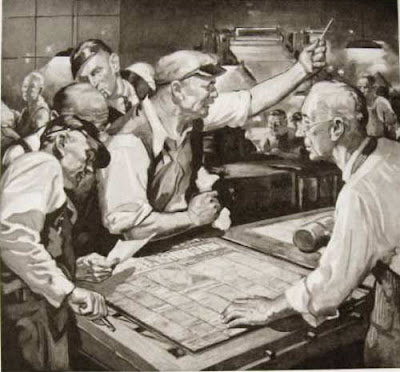 Over the last few days, I have been rhapsodizing about coming back from California, and how well things were going regarding my book on Leonard Pennario. But I failed to mention my biggest achievement. I didn't realize it until just now.

I couldn't believe it. Hanging around with Leonard you are going to eat burgers. You just are. There is no way around that. So I did have a burger with him, in Balboa Park. And then I had another burger, at MoTown, or whatever that place was called where I went with Mike.

Other than that, though, I must have done pretty well. For one thing I was pretty much living on salads from Trader Joe's. By the end of the week I was pretty sick of them. Also I went that one morning to La Jolla Shores and walked for about an hour. Best of all, my braces keep me away from candy, chips, nuts, even French fries. I did manage to eat the processed cheese and crackers on the plane but that took serious dedication. I had to break every cracker in half the way we all used to split up Oreos when we were kids, then break off a chunk, place it in my mouth and bite down and hope no one was watching. If I could apply that kind of dedication to other areas of my life, imagine where I would be.

I am finding you can make your braces work for you. I was embarrassed about them in front of Leonard but I try to smile anyway and not act funny about them. Leonard said I was doing a good job of talking in spite of them. Then I could tell he was impressed when we were dining at Balboa Park and the waiter began fussing over me strictly because of the metal in my mouth. First he let me make substitutions denied to other diners. Next he brought me a free dessert, something I could eat. Leonard admires when you get special treatment. I enjoy it, too.

There was only one moment when I felt bad about my braces. That was when I was in the airplane headed home. They followed the stupid inflight movie ("Mad Money") up with a stupid inflight TV show. I don't know my TV, so I can't tell you what show it was, but it was set at a fashion magazine, and there was this one girl who was supposed to be a total ugly duckling. She had long black hair and bangs, heavy glasses, and braces. And they made a big point out of the braces. At one point -- I couldn't believe I was sitting there, watching this -- the screen showed a cartoon of braces and flashed, in big letters: "UGLY!! UGLY!! UGLY!!"

And I'm shrinking down in my seat, thinking: Of all the stupid things they could have shown us, they had to show this! What are the odds?

But then I found out about the five pounds and now I feel great.

My Uncle Bob and I used to have long conversations about losing weight. We agreed that the world could be falling down around our ears -- you could be losing your job, your house could be on fire, your car could be towed -- and that would all be OK, as long as you had lost five pounds.

When he died, something funny happened. I was feeling awful -- we all miss our Uncle Bob terribly, and I still think of him every day. And I was at my mom's house, and I was weepy so I drifted upstairs to the bathroom, and there was the scale. And I stepped on the scale -- God knows why -- and guess what? I had lost five pounds.

I know Uncle Bob had something to do with that. I just know.

Congrats on the five pounds. I love the Uncle Bob story.