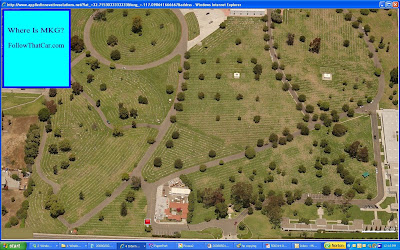 When I was a kid I collected stamps. And my hobbies have only gotten geekier since then. Today I will admit to one of my most embarrassing fixations.

I grew up your normal kind of Massgoer -- the Sign of Peace, "Yahweh, I Know You Are Near," occasional guitars and, in high school, readings of "The Little (Yawn) Prince." (God, that book is boring. What does everyone see in it?)

Then last fall I went to a concert at St. Anthony's Church. And I saw a notice for the Latin Mass there on Sunday mornings. My church, Gerard's, was getting the ax, a victim of the Journey of Faithlessness and Disgrace, so I was stuck looking for a new, ahem, spiritual home. And I decided to give the Latin Mass a try.

I loved it! I was so surprised!

At first it was very alien. You have to be on the ball at the Latin Mass. You are trying to follow the prayers -- many of which the priest mumbles, his back to you, so you can hardly hear him. You have to keep track of what is happening when. When it's time to sing, you have to follow old medieval scores, the kind with four staves and square notes. On top of all that, you have to follow the choreography, kneeling, standing, making the Sign of the Cross when required.

Few people get it all correct. Some people -- I am one -- specialize in the music end of it. Others are good at the crossing and genuflecting. But I find something so magical and powerful and universal in this ancient rite. You get a whole different feeling from what you get dozing through the English language Mass, lulled by the kind of hymns that the Wall Street Journal once referred to, accurately I might add, as "light Broadway." I know there is a case to be made to put the Mass into the language of the people, but by making it too warm and fuzzy, they have lost a great deal of the sense of power. A Latin High Mass is a frightening experience in a way. It gives you the sense that something very powerful is going on. Sometimes it makes me think of "The Exorcist." I hope that isn't irreverent to say. I think "The Exorcist" does a great job of portraying the power of the Catholic religion. "Yahweh, I Know You Are Near" does not do that.

But it was on my mind because this morning I get to go back to the Latin Mass I found last winter when I went to San Diego. I found it on the Internet before I left -- I know, Geek! -- and it is in a 1930s mausoleum in a historic cemetery. How many people can spend one day sitting on a bar stool and the next going to Mass in a mausoleum? Yep, I'm one of a kind!

They have great music at this Mass -- lots of Mozart -- and last winter it became a kind of anchoring thing for me, because I was feeling overwhelmed by the project I had undertaken, the book on concert pianist Leonard Pennario. On this trip it is an anchoring thing too because guess what? I am still overwhelmed by this project I have undertaken! On that note, speaking of undertaking...

Bye, dear, I'm off to the mausoleum.